It’s been four states, four months and more than 1,000 miles since one New York resident started a trek from Seattle to the nation’s capital. Alan Bounville, a gay man, will be stopping in Salt Lake City as he makes the 6,000 mile walk, to have several events and performances. He is walking to raise awareness about queer equality, specifically gender identity and expression.

“I’ve been making my way across the nation and when I stop and do a performance or give a presentation, I try to let everything be organic,” Bounville said. “I don’t go into a city or town with an agenda. I try to lend what I know to those that are interested in what I am doing and those that want to do more in their own communities.”

Bounville will be speaking at the Cathedral of Hope Sunday Service, 555 E. 200 South, Sept. 4, 10:30 a.m. until noon. On Sept. 6, a Fireside for Gender Equality will be held at Liberty Park, 900 South and 500 East, 8 p.m. Bounville will give a performance of one of his one-man plays and a discussion of the needs of Salt Lake City’s queer community.

“It’s so important to be agents of change and demand the change we deserve,” Bounville said. “While some groups will use lobbyists and spend millions, but true change has to come from everyday people like you and me. We have to demand it from leaders and let them know we’re not just going to sit back and be quiet.”

Bounville has worked his way through Washington, Oregon and Idaho and is now walking through Salt Lake City to Denver. Along the way, he’s heard stories of discrimination, cruelty and unkindness, which is what motivates him to keep walking. While there are a few people that might feel somewhat awkward when he tells them what he’s doing, overall, his reception has been welcoming and enlightening, he said.

As a member of the group, Connecting Rainbows, he spoke with other members about the importance of getting out in the community and walking for equality.

“I decided to put it into practice and work my way across the country,” Bounville said.

Bounville is looking for people to join him on his walk and donors to help him continue marching for the cause. For more information about how to get involved, go to IntoTheLightWalk.com. Donations can be made through a 501(c)3 and are tax deductible. 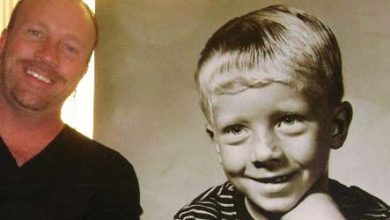 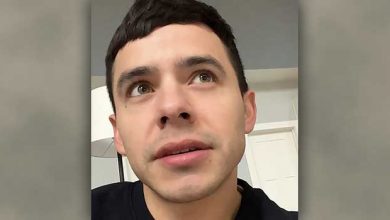