The sexy Australian rock duo, An Horse, is kicking off their new tour and will be stopping in Salt Lake City at Kilby Court on Sept. 27 with YYBS and The Linonelle. Singer, songwriter and guitarist Kate Cooper talked with QSaltLake about their plans for the future, what to expect at their show and to give her own personal ‘It Gets Better’ speech to Utah.

Thank you for chatting with me. We’re so excited to see you! You’ve been to Utah before. What do you remember about your stop?

Good coffee. There’s one good coffee shop that we hit up. I don’t think it’s particularly a cool place, but it has elite coffee. And well, Utah is beautiful. The kids are crazy. They party so hard. Not what we were necessarily expecting. But I think it’s awesome that they feel comfortable to do that. They obviously don’t feel inhibited and ashamed, like you might see in a larger, more metropolitan city where it might be uncool to freak out.

What can fans expect to see at an An Horse show?

We’ve put a lot of time into developing a nice set that covers two albums and older songs that we haven’t played yet. We’ll play some B-side tracks and I’m not even sure if they’ve been released in the U.S. yet, actually. We’ll be playing from Walls and Rearrange Beds.

What are some of the challenges of being a duo band?

I don’t know. It’s kind of like being in any kind of band. There’s really nothing different about being in a two-piece. It’s slightly more challenging because there’s just the two of us. But, really, that’s what keeps it interesting. It really keeps us on our toes. I’d recommend it to everyone.

Who would you say are some of your biggest influences?

A lot of my friends are my influences. And a lot of people we’ve toured with; anyone from Death Cab For Cutie to Tegan and Sara, and Kevin Devine. And then, of course, all the stuff I listened to while growing up. You know, Neil Young, Kylie Minogue and about a million others. I have a very eclectic taste in music. I would get bored if I didn’t. I think any music that’s not extreme rubbish, and that’s honest, has merit.

You just got off of a tour with Tegan and Sara, and I have to ask, what was it like touring with them?

Fun. Very fun. We are just very good friends. And it was like going on tour with your best friends. It was so much fun and easy to do.

Do you have any advice for young queer teens living in Utah?

I really do. I would just tell them to be themselves and not worry. Don’t worry so much. Be yourself. You don’t have to justify yourself to anyone. And if you are having problems, remember that it’s going to get better and it will be over soon. Just know that you can get out and go somewhere where they’ll accept you.

I grew up in a very boring beach-side town. When I get back there, my friends and I, queer and straight, always wonder how we survived. I run into people I went to school with and they’ve got three kids, which is awesome, but holy shit. I mean, more power to them, but holy shit!

What’s in the future for An Horse?

We haven’t thought too far ahead. After we finish this tour, we’re going to go home to Australia and do a bunch of shows. I am really excited because I’ll get to see my family. But we’ll just keep playing our music. 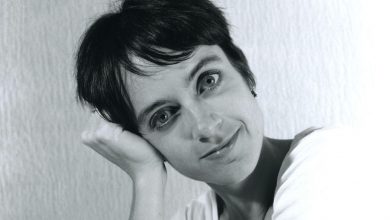 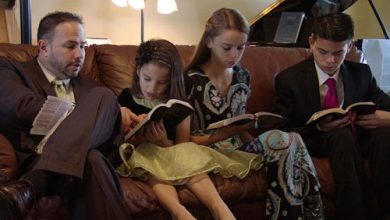