Hate crimes have become a hot topic the last couple of years with some high-profile cases making the news recently.  The members of the Public Safety Pride Alliance (you may remember us as the LGBT Public Safety Liaison Committee) want to dispel some myths and help you understand how police departments investigate hate crimes and what happens once the investigation is concluded.

Let’s walk through what a hypothetical anti-LGBT hate-crime investigation would look like.  I will be the hypothetical victim for our case.  I am walking down the street minding my own business when some guy comes up to me and calls me a “dyke.”  I flip him off and keep walking.  He follows me continuing to call me “dyke” and threatens, “I’m gonna kick your butt.” He then comes up to me again, punches me in the face while calling me a “dyke” and telling me, “I’d better not catch you walking down this street again.”  I call the police.  I give them a description of the suspect, the license plate number on his truck, and which way he went.

The police find him and pull him over, yay!  I am not hurt badly (phew) so the patrol officer interviews me about what happened.  I fill out a written statement and tell the officer I want to press charges.  He gives me the case number for the police report and I leave.  The officer interviews a witness that saw the incident.  The suspect is also interviewed and tells the officer that he hates “dykes” and I had no business walking down “his street.”  The suspect is released due to jail overcrowding.  The officer writes a report that details what everyone told him and that he took a picture of a bruise on my face.  The report is then forwarded to a detective for review.  The detective reads the report and decides if there is more investigation needed.  In this case, the patrol officer was able to complete the investigation so the detective sends the report and the photographs to the prosecutor’s office to screen charges.

The prosecuting attorney decides what charges are filed.  I call the detective and the prosecutor’s office to keep up to date on what is going on with my case.  I think this should be a simple assault enhanced to a Class A misdemeanor because the suspect’s anti-LGBT bias was the primary motivator for this assault.  Fortunately, the prosecutor sees things my way and a month later I find out that this is the charge filed on my hypothetical attacker.  The prosecutor’s office handles everything from that point on and the officer’s only remaining duty is to appear in court and testify at the trial.  The hypothetical bad guy cuts a deal, pleads guilty and is sentenced to a fine, a suspended jail sentence, probation and anger management classes.  I, as the victim, am awarded restitution for medical bills, missed work and counseling.

The Utah State Laws on Hate Crimes are 76-3-203.3.   Penalty for hate crimes — Civil rights violation and 76-3-203.4.   Hate crimes — Aggravating factors.  The first one is the enhancement law which is the one I used in my hypothetical case.  The second one is a guideline that judges or parole boards can use as an aggravating factor for sentencing.  You can read the full text at Utah.gov.  Click on the tab labeled Government and scroll down to Utah Laws and search by the statute number.

The Federal Laws on Hate Crimes are 18 U.S.C. § 249 Shepard-Byrd Hate Crime Prevention Act, which includes sexual orientation and gender identity.  The local police department would coordinate with a FBI special agent in the Civil Rights Program and US Attorney’s Office to file a Hate Crimes case in Federal Court.  The FBI has some good information on this at FBI.gov.  You can read about this law at Justice.gov. 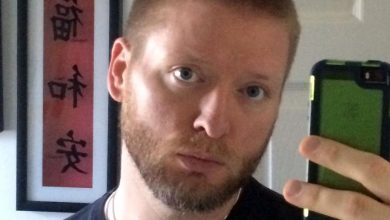 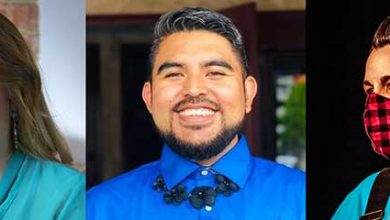