One of the most happy-go-lucky ladies in showbiz, Kristin Chenoweth, doesn’t get miffed easily. But when she does, she does. And last year she did, after Newsweek published a commentary on the inability of gay actors to play straight roles. It upset the 43-year-old actress/singer so much she wrote an extensive letter to the magazine, calling the article “horrendously homophobic,” which was published shortly after the debacle, and of which she spoke about during this interview.

Chenoweth’s allegiance to the gay community goes way back to being a child and growing up in the South — a place she returned to for her latest album, Some Lessons Learned, her first of four to fully embrace her country roots. But her success hasn’t been confined to just the music business; Chenoweth broke out on Broadway, where she originated the role of Glinda in Wicked and most recently starred alongside Will & Grace star Sean Hayes in Promises, Promises. There’s also been a book (2009’s A Little Bit Wicked: Life, Love and Faith in Stages), and several TV spots: Pushing Daisies, Glee and, coming soon to ABC, Good Christian Belles.

So we had a lot to talk about when I recently caught up with Chenoweth, who was on a break from shooting her upcoming sitcom. During it, she discussed her history of dating gay men, her opinion on Michele Bachmann’s support of gay conversion clinics and being a little bit wicked.

I can’t get over your character’s last name on Good Christian Belles: Cockburn. Carlene Cockburn.

(Laughs) You can’t?! I can’t wait for my family to hear that one.

I’m glad I’m not the only one who’s thought this. Oh no. Are you kidding? I was like, “Wait a minute!” But I just think the most important thing for me as an actress, because of the lines that come out of my mouth, is just to have to speak them and keep going, because they’re so funny and her name is so funny and the whole thing is just so great. I love it.

Does your character have anything in common with April Rhodes, who you play on Glee?

(Laughs) Probably not on paper, but they’re both pretty outlandish people. Carlene, though, is the antithesis of April.
Speaking of April, when do you think we’ll see her on Glee again, considering the ban on guest stars for the third season of the show? I don’t know! Nobody’s mentioning it, so I’m hoping it happens. I certainly love her. She’s so fun to play.

You grew up in Oklahoma, so country music is your roots. How is this album a reflection of that?

It’s so funny, because I get asked, “Why a country album now?” But that’s how it all began for me — and, of course, why would anyone know that? It’s not something I’ve been talking about a lot, but it’s the music I grew up listening to. One of my biggest influences is Dolly Parton, and when you look at the history of songs in musical theater and in country, they’re both usually great storytellers.

I know just how lucky I am to do this kind of music. Getting to go to Nashville and sing music that feels like home to me was a real gift, and one that I don’t take lightly.

“What Would Dolly Do?” reminds me a lot of Dolly herself. I co-wrote that, and the producer Bob Ezrin asked, “Who’s had the biggest influence on you country music-wise?” I said, “Dolly, without question.” And he said, “How would she approach it? Let’s think: What would Dolly do?” I said, “Bob, why aren’t we writing that song?”

There’s something about her that I feel very attuned to. There’s only one Dolly. I’m not comparing myself, but I’m just saying her spirit and the way she looks at life is pretty similar to mine. And the cover I did of hers (“Change”) is actually a very emotional thing and it reminded me — of course, how could I ever forget? — what an amazing songwriter she is. You know, I didn’t do a lot of covers. I did two covers, one of Carrie (Underwood’s) and one of Dolly’s, and I just love both of them. I love their music, I love their spirit; everything they stand for.

It makes total sense, because, to me, both you and Dolly epitomize happiness.

Oh my god, thank you. That’s the biggest compliment you could give me.

It’s true. You are two of the happiest people I know of. So, tell me … what pisses you off?

(Laughs) Oh gosh. I don’t really get mad that often. But I’m not going to lie, when I do there’s a quiet that comes over me that is a little like whoa, and that happens when I don’t feel other people are prepared or doing their job or pulling their weight. I come from a family where my dad came from nothing and worked hard to get where he is, and he said, “Work hard, play hard, Kris,” and I guess that’s kind of been my motto in life. So when I see people squandering opportunities or having a sense of entitlement, that really makes me crazy. Because I don’t understand it. It’s not a world I get.

You’re driving, something that ticks you off about other drivers?

You know what, I don’t get road rage! I just don’t. I’m like, “OK, you cut me off, you must need to go somewhere a lot quicker than I do. Go on then.” And also, I’ve had so many people in my life be affected by car wrecks, and I’ve had a few myself, that I just have realized, “Eh, you know, life’s too short.”

I know one thing that makes you upset, and that’s homophobic people.

Your letter in response to that Newsweek column said it all. Why was it important to address your feelings on that issue?

To be honest with you, I wasn’t prepared for what was going to happen. I was on Broadway doing Promises, Promises, and I read the article and I actually thought it was pretty irresponsible. I’m not even talking about whether a person agrees with being gay or not, I’m talking about artistry and gay actors trying to play straight. It just made me mad, because I thought, “Well, I’ve played a prostitute, does that mean I am one? No.” I just thought it was a little bit of a bullying thing, and I honestly prayed about it … no kidding, I prayed about it. I wrote that letter in one fell swoop and I gave it to a good friend of mine to proofread, because the last thing I wanted to do was sound like an idiot, which I can do as well. So we sent it on and the next thing I know, they printed it.

And by the way, I’m a big fan of the magazine, which is why I was so bummed. But I think that they felt bad and hopefully there’s been some discussion about it and some learning, because that’s what we’re here to do on this earth, to learn our purpose. Well, one of my purposes in this life — since I’m a believer and a Christian — is to help people realize that not every Christian thinks that being gay is a sin.

To reinforce your stance that gay actors can indeed act straight, you made out with your Promises, Promises co-star Sean Hayes at the Tony Awards last year. It might’ve been a little jib.

It might’ve been a little one. (Laughs)

What was it like to make out with a gay man, and was that your first time making out with one?

Well, let’s face it, my high school boyfriend is gay, so I don’t think it’s my first time making out with gay men, and I bet a lot of women don’t even know they’ve done it! And Sean Hayes is just a darn good kisser, what can I say?

Wait, so you dated a gay man in high school?

Yeah, and I’m like, “Well, that’s why we were such a great couple!” He didn’t pleasure me in any way but he helped me pick out my prom dress!

Was he one of the first gay people you knew in Oklahoma?

Yeah. I want to tell you something I know about myself: When I was in the second or third grade, I first heard the word “dyke,” and it was in reference to a girl in our school who was very, very tomboy-ish, and I didn’t really understand what the word was, but I knew I didn’t like the way it was said. And for some reason I’ve always been drawn to the person that was alone, and I don’t mean to make me sound like I’m Mother Teresa, because I’m not, but I’ve always been drawn to people who feek left out or different, and maybe it’s because I too felt different and unique. People would not think this of me, because there’s this perception of me that, “Oh, life’s been perfect and things have come so easily.”

But let’s face it, my speaking voice is very interesting. Yes, I was a cheerleader but I also wanted to do all the plays, I was in Renaissance choir, and I too felt a little bit like an outsider. And sure, some of them were gay and I never did understand … I guess the word is fear.

God made us all equal. He made me short, he made someone gay, he made someone tall — whatever it is, it’s not a sin. And that’s the way I feel about it. It flies in the face of a lot of what Christians believe, but as I’m finding out there’s a lot of Christian people who think the same as I do. So that’s my deal, and I think we should not be careful of the unknown but rather be accepting and loving of it.

As someone who’s Christian and supports the gay community, how do you feel about the pray-away-the-gay program that Michele Bachmann supports?

(Long pause) Um, you know what, you can have your opinion. One of the great things about being in this country is we get to freely say what we believe. I just don’t happen to agree with that. I like the pray part! (Laughs)

Alan Palmer Returns to Utah in ‘The Fabulous Divas of Broadway’ 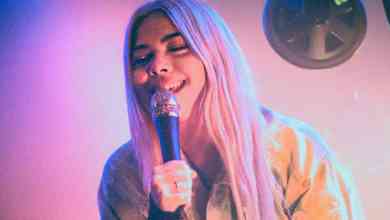 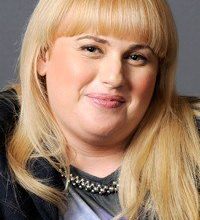