Utah’s performing arts, early on in the new season, has been pretty remarkable. Granted, I’ve had the privilege so far only of seeing two musicals. However, while on opposite ends of the spectrum – the first being a family-friendly, heartwarming comedy and the other a mishmash of wounded hearts and dysfunctional family structure – each has branded me in some way, as only great theater can. Pioneer Theatre Company’s take on the Pulitzer Prize- and Tony-winning drama, Next to Normal, is a sometimes booming roar and a sometimes chilling whisper of author/lyricist Brian Yorkey.

Director Karen Azenberg, like with that of PTC’s spring production of Rent earlier this year, once again mounts a genuinely inspired production: Azenberg is, apparently, a brooding rock musical savant. George Maxwell opens up the stage with a tiered set design and a “normal” cookie-cutter suburban neighborhood backdrop … that is until you notice part of the neighborhood is floating upside down.

Once an aspiring architect, Diana Goodman (Judy McLane), for more than 15 years has been spiraling deeper into debilitating psychosis; her hide-out-in-the-garage type of husband Dan (Jonathan Rayson) desperately hopes for his wife’s well-being under shadows of denial; 16-year-old daughter Natalie (Ephie Aardema) competes, blindly, for her mother’s attention; and son Gabe (Matt Dengler) plays tug of war with his mother’s already eradicated emotions.

Inserted into the Goodman family is a sweet, awkward, chivalrous pot-smoker named Henry (Alex Brightman) who’s had his eye on Natalie for years and Diana’s rock-star psychologist and psychopharmacologist (Ben Crawford). These outside connections help derive a sense of the personal inner turmoils of the Goodman clan, especially within Diana and Natalie.

The cast belts out large, emotionally charged songs like “I’m Alive,” Gabe’s unyielding plea, with sharp intensity, and also croons moving ballads like Natalie and Henry’s heartfelt “Perfect For You.” Though the Goodman family is unstitched, the cast members are so tight-knit they are far from normal … they are extraordinary. As moving as many of the scenes are, watching a credibly fraught McLane take the hand of a debonair Dengler and briefly waltz the stage melted me with their simplicity and the belief that they truly are mother and son.

Even if your family is a little bit closer to normal than that of the Goodmans, the show still can be easy to relate to your own life in one way or another and besides that, a wonderful night of theater, like Next to Normal, should make you happy, very happy; and that, Diana Goodman, doesn’t make you stupid. 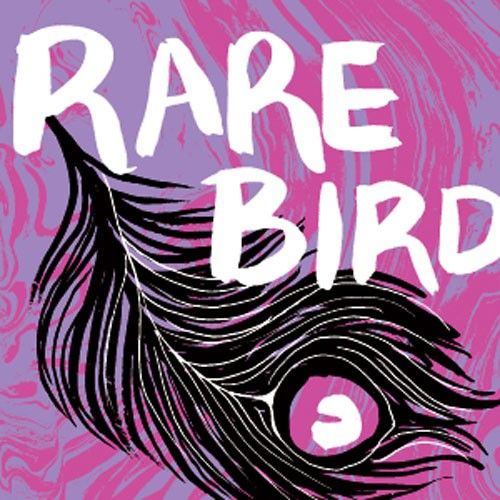 ‘Rare Bird’ is a rare song