A gala fundraiser to benefit the anti-violence reward fund is an event unlike any seen in Utah and will be held Oct. 5, 6:30 p.m. at Studio 1053. The event will feature an Iron Florist competition, with some of Salt Lake City’s top florists producing the most amazing arrangements onsite in a 30-minute time period, and a silent auction and other fabulous displays and activities.

The fund was created by the Q Business Alliance, which is a group of Utah businesses owned and operated by the lesbian, gay, bisexual, transgender community and their allies. The fund comes in response to recent violence against members of the queer community in Utah, and it will provide reward money for information leading to an arrest and conviction in bias-motivated crimes directed at members of the queer community.

“This reward fund sends a message to perpetrators of violent crimes against our community that we have the money and resources to fight back, track down and prosecute those who would harm our brothers and sisters,” said Michael Sanders, membership director of the Q Business Alliance and owner of Now & Again, in a press release.

Catering will be provided by Culinary Crafts and Le Croissant. The event will be held at 1053 E. 2100 South, in Sugar House. Other sponsors of the event include ZumaPhoto, Culinary Crafts, Sprout Photo, ShutterBooth, KRCL, Now and Again and QSaltLake.

To purchase an admission, go to RewardsFundGala.eventbrite.com. There are individual and VIP packages available for $20 and $100 donations. For more information or to donate an item to the silent auction, go to QBusinessAlliance.com. 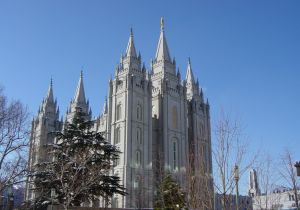