Friday night I had a very delicious dinner at Dojo close to downtown Salt Lake City. Dojo is at 423 W. 300 South, near the old Rio Grande train depot. I scolded the owners—only a friendly scold—regarding the hidden signage. Dojo has a recessed front between two new buildings, and if you blink you can miss it. There is plenty of parking though, both under the building and on several side streets. Once you’re inside, Dojo is gorgeous. The floors are stone terrazzo and the rounded kitchen and sushi bar are also covered in carefully placed stone. There are booths and regular tables and a few alcove tables with attractive curtains attached. I really like the look of the place.

Along with the beautiful stone work, Dojo is very sleek and modern with a lot of stainless steel and the tables sport black linen cloths and napkins.

Dojo is a full-on sushi palace and I went on a night when all the best chefs were there doing their thing. I started with a plate that looked more like a painting of the food. All the bits of fish were rolled, cut and arranged in a way that made me just want to look at it for a while. I mixed some delicious soy sauce with a bit of wasabi and started in. I’ll tell you about some of the fish—and to some of you I know this will mean something. Shiro Maguro is an Oregon white tuna, soft and delicate, and Ishida is a Mediterranean stone snapper with a shellfish flavor. Kanpachi hails from Hawaii where it is farm-raised, and I really loved the Iwana which is farm-raised in Alaska; similar to salmon but very creamy. And the last fish on the plate was Umi Masu, a trout-like fish from the Tasmanian Sea.

What I’ve learned lately about sashimi is how much variety there is and how delicately different the flavors are. It’s very similar to wine-tasting in that each fish has its own set of adjectives to describe its various characteristics. At first it confused me but I’m getting better at it and finally, the light is coming on.

Next, I was served an inverted California Roll which was topped with a thin layer of sashimi. The roll was called Kowabunga. It was infused with truffle oil and sprinkled with crispy garlic and shallot, and layered with thinly sliced jalapeno, giving it quite a bit of heat. I loved it and was back in a more comfortable zone with the familiar sushi roll. (Kelly Shiotani, a co-owner, noticed I was struggling with the chopsticks so he gave me a set of “training wheels”—a small, pinching device which helps old fingers perform younger tasks!)

I was nicely hosted by Kelly, the front man of Dojo —and I was introduced to Kirk Tirashima who was working in the kitchen. I brought a nice little Rully, white-burgundy from my cellar and I thought it’s crisp, tropical flavors went great with what I was eating.

Kelly is a beautiful young man and I’d be lying if I didn’t say what a treat it was to sit across from him while he led me through my experience. The wait staff and bartenders were all kind and out-going and seemed to make everyone feel at home. This is very important in a restaurant that is focused on such a specialized cuisine. Kelly next brought me a plate with two even more familiar items—teriyaki ribs and miso cod. The ribs were tender and succulent and just barely drizzled with a house-made sauce and sesame seeds, and the miso cod, which I’ve had lately in other places was perfectly made. The cod is soaked in a miso marinade for several days then lightly broiled to give it a nice little crust. It melts in your mouth like butter when made correctly. After the ribs Kelly brought me a warm, moist towel to wipe my fingers on, a nice touch, I thought.

For dessert, Kelly brought me plate of chilled oranges, sectioned with a small pot of plum wine on the plate for dipping. The oranges were so sweet and juicy and I loved dipping them in the wine. For something so simple, I have to say it was one of the most refreshing desserts I’ve had in a long time.

I’m really having a hard time finding something to criticize, not that I have to, but I did think the ribs lacked a bit of seasoning, the only flavor in them came from the sauce, which is probably exactly what the chef was going for. Dojo is totally dedicated to sushi and sashimi and perfectly executed Japanese cuisine—nothing more. The whole setup is elegant, tasteful and there is an attention to detail and focus rarely seen these days. I give it 91 points. 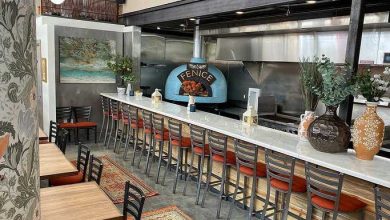 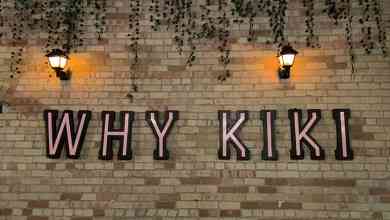