Utah hate crime laws, while useful for judges and the board of pardons, is still not as effective as it should be, said Salt Lake County District Attorney Sim Gill.

After any crime has occurred, and police find evidence to suggest that it was motivated by hate and affects a larger community, not just an individual, judges and the board of pardons can increase the penalty of the crime.

“The public harm resulting from the commission of the offense, including the degree to which the offense is likely to incite community unrest or cause members of the community to reasonably fear for their safety is what separates a hate crime,” Gill said.

The current hate crimes legislation will also allow a judge to increase a class C misdemeanor to a class B and a class B to a class A when hate targeted toward a specific community is proven to be the motivator, Gill said. But this tool is rarely used and a judge would not have to increase the sentencing. Also, if the offense is already a class A misdemeanor, there is no increase made available for the judge.

“Where this law becomes useful, and what you don’t hear about is how the board of pardons and judges will take this into consideration,” Gill said. “Four years will turn into six or seven and its practical application has probably been profound.”

However, the public awareness that comes with a sentencing is one of the most important avenues of preventing future crimes, Gill said.

“We want to deter crime, but we also are demonstrating values we hold as a society,” Gill said. “That public assertion is so important to the soul of the community, that’s a part as a prosecutor, I look at and why I hold them accountable. “

In order to improve the laws, Gill said a minimum sentencing option should be made available to the judge for the category of hate crimes, without enumerating the different classes, such as race, religion and sexual orientation.

The inclusion of sexual orientation is one of the most difficult hurdles to surpass in the Utah Legislature, Litvack said. The current law, which took years to pass and required significant work from community members, could have been passed much easier if sexual orientation was excluded, he said.

“That was one thing we weren’t willing to change,” Litvack said. “I didn’t care how the wording was as much as ensuring everyone was included and protected.”

Determining a hate crime has occurred involves interviewing the suspect and researching his or her background, including family members, friendships and internet history, Jorgensen said. If the crime is a felony offense, the FBI will be involved in the process and federal hate crime laws will come into play, she said. While derogatory names and slurs could be part of the investigation, they do not automatically constitute a hate crime, she said.

Reporting the crime is the first and most important step that should be taken, Jorgensen said. Police will assist in sorting out the details, but until there is a crime reported, nothing can be done to move forward, she said. 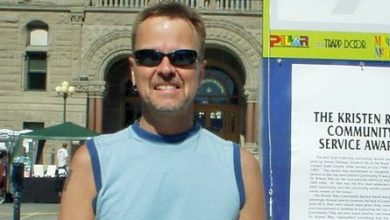 Mormons lag in acceptance of same-sex marriage, and lead support of nondiscrimination laws