When Raquel Smith found the invitation to a Halloween alternative to trick-or-treating sponsored by a local Mormon congregation, she noticed a startling phrase. At the bottom of the flier, it stated rather simply, “Please no masks or cross-gender dressing.”

“I was furious. Absolutely furious,” Smith, who is not a member of the Mormon Church, said. “I dressed up my husband and son as angels, female angels, and we went around the neighborhood.”

She also posted a photo of the flier on Facebook and it went viral.

“I am befuddled at how much attention it has received,” Smith said. “So many people have shared it.”

The photo of the flier has been posted by queer news outlets around the country.

“It makes me sad to think that my friend’s daughter who wants to be Spider Man for Halloween wouldn’t be welcome,” Smith said. “I was so ashamed of the community and I knew a lot of my Mormon friends would be too.”

The LDS Bishop in the area, Dennis Toone, defended the flier to the Salt Lake Tribune saying, “I’ll defend the church and anybody who doesn’t like it doesn’t have to come.” He said he believed the rule was part of church policy.

The Church’s handbook discourages wearing masks, due to “security and safety reasons.” There are no guidelines for costumes. 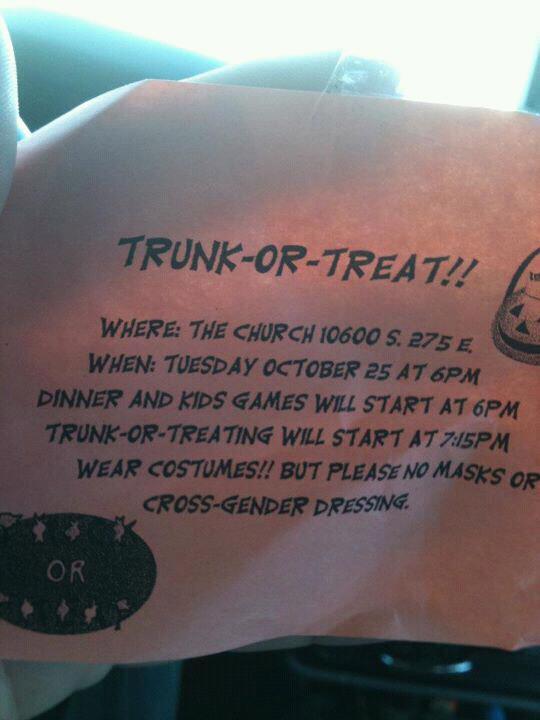