The seventh annual Red Party, an event to raise money for the Utah AIDS Foundation on World AIDS Day, will be hosted at Hotel Monaco on Dec. 1, 5:30-8 p.m. The Red Party is part of a national fundraiser held by all Kimpton-owned properties on, or around, World AIDS Day for local charities, and Utah has consistently raised more money than any other area, said Shawn Jackson, the entertainment guru at Hotel Monaco.

As usual, the Hotel Monaco, 15 W. 200 South, Salt Lake City, will be decked in red, the color of the AIDS ribbon, and attendees are asked to wear red to the event. Hotel Monaco and Kimpton will donate 100 percent of all donations to the UAF and there is no overhead to rent the space. The founder of the hotel chain, Bill Kimpton, began similar events in San Francisco during the height of the AIDS epidemic, Jackson said.

The planning for the event is still underway, but there will be a live auction and prize giveaways, including two-night stays at Kimpton-owned properties around the nation. Companies and organizations donate items to the event and there is usually a silent auction with the excess donations, Jackson said.

“This really is it. The big party. The one we look forward to. It’s just a great time and so much fun,” Jackson said.

In keeping with this theme, on-site Bambara restaurant will, as in years past, supply party-goers with red hors d’oeuvres and drinks. 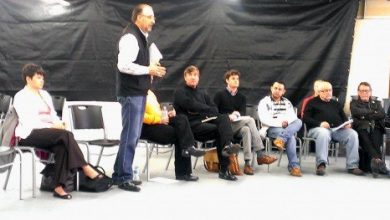