Former American Idol contestant Megan Joy and her husband, Quinn Allman, the guitarist from the rock band, The Used, are filming a music video in Utah and are looking for help from gay couples and families.

“We want to use my new single, ‘Dream Love,’ as an illustration about how love is for everyone,” Joy said. “I think this song is a perfect way to show that love can come in many different forms. I have always felt so passionate about it. Since I was little, all my best friends were either openly gay or it was just something we all knew. It would break my heart to see them treated differently.”

Megan Joy was born and raised in Taylorsville, Utah and currently lives with her husband in Sandy. She entered American Idol’s eighth season without any formal vocal training and made it to the top 10. Her sultry rendition of ‘Black Horse and the Cherry Tree’ received rave reviews and judge Simon Cowell later said she was one of his favorite contestants. In her debut album, she will be highlighting her vocal range and skills with everything from ballads to hip hop and throwback tunes.

“I’m working on a few different videos, but I am really looking forward to the video highlighting equal rights. And because I’m from Utah, and so is my husband, I’d really love to work here and talk about people here,” she said. “We love Utah, but we know there’s still a lot of work to do and we would really like to help. We want to talk to couples and families from all backgrounds.”

The couple met after their mutual friend John Feldmann, Goldfinger’s lead singer, encouraged them to write a song because they both were living in Utah. After exchanging texts and meeting in a park to write, the rest, as they say, was history. The couple was married in August of this year.

The Used is a Utah County-based band that launched in 2002 after the release of their self-titled debut album. The band defied all traditional music genres and has been described as emo, screamo, post-grunge and punk rock. With more than three million records sold, the band will be releasing their fifth studio album in 2012 and launch a nationwide tour.

Allman will be assisting with the production of the video and said he is excited to work with gay couples in Utah.

“The people I surround myself with are supportive of individuality. Don’t let anyone else define who you are, or who you love,” Allman said.

The filming of the video will start immediately and the pair is looking for gay couples who want to participate in a 10-minute interview. Those willing to help with the video should email [email protected] for more details. 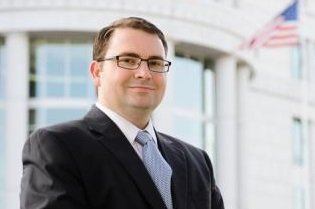