Eight local bands, poets and the Utah Pride Center will host a ‘Gay Rocks’ concert on Dec. 10, 4:30 p.m., at Kilby Court, 738 Kilby Court, Salt Lake City. The event is designed to offer a place for Utah’s queer community and their allies to gather and have a good time while raising money for the Center, said event organizer Ash Houghton.

“It’s just going to be a big celebration. We want everyone to come by and enjoy themselves,” Houghton said.

Houghton, along with members of her band, Exit Strategy, and others are organizing the event. The lineup of bands includes The Young Electric, Aviatrix, Sparks Fire, Exit of the Envious, Grey Fiction, Around October and Bus People.

“Most of the members of the bands aren’t gay. But when I told them what I wanted to do, everyone was on board so quickly,” Houghton said. “They were all so excited and were so willing to help out.”

The 23-year-old Spanish Fork native, has been performing since she was 16 years old. She’s participated in solo projects, as well as bands, but no matter where she is or who she is performing with, music is her passion.

“Music is my life and always has been. It’s what I do and how I express myself,” she said.

Tickets to the event are $6 in advance and $8 at the door. For every ticket sold, $1 will be donated to the Center.  Tickets are available at the Graywhale University of Utah and Taylorsville locations. Between bands, members of Salt Lake City’s poetry slam team will read selections. 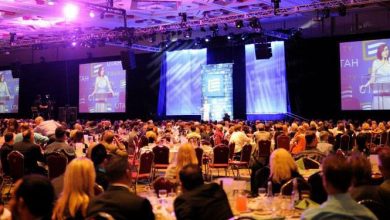