The first part of the discussion focused on how the religious right has allegedly been marginalized and silenced by the liberal left.

“I think probably the greatest amount of censorship in our country today is in the pulpits of our churches because we have a law that limits pastors on what they can say about politics in the pulpit. That’s not the American way,” said Michele Bachmann.

Herman Cain went on to criticize the IRS for not allowing church leaders to endorse political parties and “those of us that are people of faith and strong faith have allowed the non-faith element to intimidate us into not fighting back,” Cain told the audience of about 2,500. (Cain has since dropped from the presidential race.)

However, there was near unanimous agreement to support federal legislation barring gay marriage and limiting abortion rights. Because the candidates held similar positions, they each attempted to distance themselves from the pack; Cain promised to veto any attempt to overturn the anti-gay Defense of Marriage Act; Rick Santorum touted his role in campaigning against Iowa Supreme Court justices who supported gay marriage; and Rick Perry argued that the president and federal government should be able to intervene on matters concerning abortion and gay marriage.

“When you look at issues like traditional marriage, when you look at issues like the human life amendment, the president of the United States can lead on those issues, can publicly proclaim support and go campaign across the country to get states to support those positions,” Perry said. “That is the virtuous direction that the next president of the United States needs to powerfully go down.”

Santorum tried to appear as the most conservative of all the candidates and promised to stop individual states from legalizing gay marriage.

“Our country is based on a moral enterprise and gay marriage is wrong. As Abraham Lincoln said, ‘the states do not have the right to do wrong,’” Santorum said. “(Gay marriage) radically changes the entire moral fabric of our country.”

Newt Gingrich was a crowd favorite and didn’t let his past of admitted adultery and three marriages slow him down gaining the biggest cheers from the conservative crowd. Along with attacking gay marriage, Gingrich attacked the Occupy Wall Street Protest.

“Go get a job right after you take a bath,” Gingrich said about the Occupy protesters.

The one exception to the anti-gay rhetoric came from candidate Ron Paul.

“The law can’t reflect the morality of the people, if you do that, then you’ve embarked on something where you’ve sacrificed liberty,” Paul said. 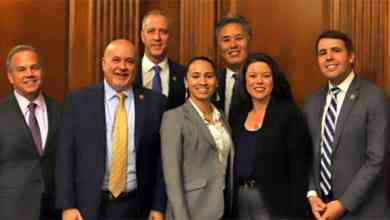