The first gay-themed workshop retreat held in Utah for both men and women was called Beyond Stonewall. It was the result of hard work by myself and John Reeves, who helped plan and coordinate a “gay summer camp.”

The idea occurred to me on a train trip home from the 1987 March on Washington. Feeling empowered by the sheer number and presence of the thousands of gays in Washington, I wanted to bring a little bit of that experience back to Utah. I wanted to create a safe space just for gay people. Well, at least a space where we would be in the majority.

Upon my return I contacted my friend John Reeves and he was overwhelmingly supportive of the concept. We discussed it for several months, hashing out different concepts, and finally agreed that Beyond Stonewall had to be a place where “learning, healing and nurturing” could take place.

John and I then struggled with a name for the retreat. I wanted the word Stonewall included to link Utah with gay liberation. Reeves suggested adding the word “beyond”  to connote a connection to the future and the gay culture we were in the process of constructing. Thus the name Beyond Stonewall: A Workshop Retreat for Learning, Healing, and Nurturing was fashioned.

One of my concepts for Beyond Stonewall was for it to be sort of a campout, patterned after the Radical Faerie retreats held in the Pacific Northwest. However, after testing the idea of a campout with members of Unconditional Support, it did not seem feasible or practical to put a bunch of gay men out in the wilderness without electrical outlets and hot showers. Then a friend of mine mentioned that the Young Men’s Christian Association had a camp near Kamas, and while rustic it did have cabins, showers and dining facilities.

John and I were not certain that the YMCA would even consider renting out their youth summer camp to a group of homosexuals but we had to ask. With fear and trepidation we met with the director of the YMCA who said “no problem,” but asked for a $200 deposit, which I fronted. We then signed a $3,000 contract for the use of Camp Rogers for a three-day retreat the last weekend of July, 1988.

Unfortunately, shortly after paying the $200 deposit, I lost my job at Utah Title when the business collapsed. I spent all the money I had on the camp figuring I’d get by on the next paycheck. I never received my last check.

Adding to my distress were the naysayers in the community who, upon learning of my plans to hold a gay retreat, informed me that it would never work. And what more, the failure would give the community a black eye from which we might not recover. They assured me that once the YMCA knew the camp was rented out as a homosexual retreat they would pull their contract.

Once again, I met with the director of the YMCA, this time to inform him of the nature of the group meeting there. I was terrified. Expecting to be scolded and expelled from the premise, I was surprised to find that the director was not concerned in the least that the camp was being rented by gays. His only concern was that an accurate head count be completed for purchasing enough food for that weekend. Even with this assurance the doomsayers continued to claim that the YMCA would pull out at the last minute which was a constant source of unnecessary stress.

Our main objective after securing a location was choosing facilitators who were credible. We wanted people coming to the retreat to trust what they heard. However, we needed them cheap. Actually, we needed them for free because we had no money.

The original price of admission to Beyond Stonewall was on a sliding scale of $50-$60. This ridiculously low figure included eight meals, two nights, seven workshops, a dance under the stars and a campfire speaker. Beyond Stonewall was a true labor of love with no one getting paid and with us barely covering expenses.

Approximately 60 men and two women, one of who was Patty Reagan our keynote speaker, came to the retreat. I suppose for many who attended, the most magical moment was either Dr. Patty Reagan’s campfire speech on gays in history or perhaps the second night when a teenage son of a camp cook asked his mother if he could dance with one of our young men. With his mother joining our group, this boy had his first gay dance under the stars.

As we prepared to leave Sunday afternoon, some of the younger YMCA camp helpers came to me and said that our group was the best they ever hosted. They said it was because we allowed them to participate in all our events and games. Beyond Stonewall was encouraged to come back the next summer, which we did.

Two more retreats were held at Camp Rogers in the summers of 1989 and 1990 following the same format. However, the 1990 retreat had more of a Queer Spirit feel as members of the Sacred Faeries organized events. That year we had one of our largest turnouts. Actually, more lesbians camped out in tents on the playing field, while the guys mostly wanted to bunk in the cabins.

At one of that year’s group activities we had the entire camp gather in rows like spokes in a wheel and we danced in a circle like the American Indian Dance of the Nations. It was a powerful ritual symbolizing that we are only following those that came before us and were being trailed by those coming after us.

At another ritual some of us Faeries got sky clad (naked) for a ritual to unify and strengthen our community. I will never forget shedding my clothes and standing vulnerable in front of nearly 50 or more of the leaders and movers-and-shakers of the gay community.

In the summer of 1991, I got word that Camp Rogers was being closed due to financial difficulties. I managed to pay back all the fees that people paid upfront but lost nearly $500 out of my own pocket for expenses already incurred. However, my reputation meant more to me than a loss of money.

Still, people wanted a type of Beyond Stonewall and a campground was secured for free near Price, Utah. Various gay groups ranging from Queer Nation to LGSU to the First Thursday Women’s Group all participated. It was the last community campout held in Utah. 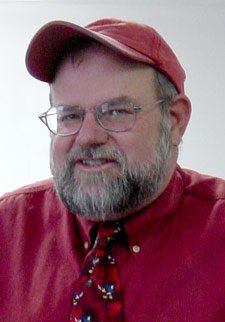 Stonewall, What a Riot!