An estimated 20 percent of Utahns who are aware they are HIV positive are not receiving treatment, said Matthew Mietchen, an HIV and STD epidemiologist for the Utah Department of Health. Roughly 500 to 750 people living in Utah tested positive for HIV, but are not participating in a medical treatment program, he said.

The exact number of Utahns not receiving treatment is difficult to establish because people move in and out of the state and occasionally statuses are not disclosed, he said.

“There are a variety of reasons someone wouldn’t receive treatment,” Mietchen said. “The medications are expensive, the disease can be difficult to face, the medication can be hard on the patient and very physically draining; we don’t know exactly why they’re not receiving treatment, but we’re working on coming to a greater understanding so we can help.”

Effective HIV treatment and care benefit infected individuals by improving their health and are also important for HIV prevention. Results of a recent study from the National Institutes of Health showed that consistently taking antiretroviral therapy, in combination with safer behavior, can reduce the risk of spreading HIV by 96 percent.

“By improving testing, linkage to care and treatment services, we can help people living with HIV feel better and live longer, and can reduce the spread of HIV dramatically. This is not just an individual responsibility, but a responsibility for families, partners, communities and health care providers,” said Thomas Frieden, the Centers for Disease Control director, in a statement.

There are approximately 2,550 people living in Utah that have tested positive for HIV, however, this number is most likely much lower than the actual amount, Mietchen said.  The CDC estimates that roughly 20 percent of people living with HIV are not aware of their status. And nearly three out of four Americans living with HIV do not have the infection under control, according to a report by the CDC. The report speculates that the low percentage is because one in five Americans with HIV do not realize they are infected and, of those who are aware, only 51 percent receive ongoing medical care and treatment.

Of the 1.2 million people living with HIV in the United States, only an estimated 28 percent have a suppressed viral load (defined as viral load less than 200 copies of the blood-borne virus per milliliter of blood) – meaning that the virus is under control and at a level that helps keep them healthy and reduces the risk of transmitting the virus to others.

“The take home message is to get tested. Know your status,” Mietchen said. “I know it can sound repetitive to hear over and over, but it’s the first step in receiving treatment. And if you do test positive, pursue all the medical treatments to not only prolong your life, but possibly help others.” 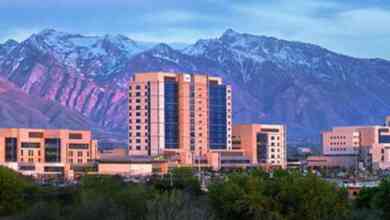