A federal appeals court appears unlikely to toss out a ruling against Proposition 8 based on grounds that the judge was in a long term same-sex relationship. The three-judge panel of the U.S. 9th Circuit Court of Appeals also appeared reluctant to release the videotapes of the 12-day trial on Prop. 8’s constitutionality.

The court convened on Dec. 8 to hear issues in the fight over the 2008 California measure banning same-sex marriage. The court is deciding whether U.S. District Judge Vaughn Walker’s ruling striking down Prop. 8 should be nullified because he was in a gay relationship at the time of the ruling and whether the videotapes of the trial should be released.

Walker, a Republican appointee, ruled in August 2010 that Prop. 8 violated the federal constitution. The Appeals Court is now considering the same issue but first has to clear these peripheral cases. A ruling is expected in the next few weeks.

After appealing Walker’s ruling, ProtectMarriage, the sponsors of Prop. 8, made a separate case to invalidate his opinion based on his sexuality and being involved in a relationship. The appeals court appeared skeptical to accept this challenge.

“What about an unmarried heterosexual judge who wants to maintain the definition of marriage?” asked Judge N. Randy Smith. “Does he have to disclose that?”

Charles J. Cooper, who represented ProtectMarriage, said it would be “a dark day in American jurisprudence” if the court accepted that a gay judge could decide whether same-sex marriage should be permitted.

“There is no case anywhere in American jurisprudence that says a judge who is a minority, because he is a minority, can sit on his own case,” Cooper said.

Walker is openly gay but did not discuss his 10-year relationship until after his retirement earlier this year.

Gay rights groups want the original tapes of the first hearing released, saying the American public should have the option to see that the case was based on the evidence. ProtectMarriage has said videotapes will subject its witnesses to harassment.

The trial looked at the nature of sexual orientation and the history of marriage. The testimony overwhelmingly favored marriage equality and ProtectMarriage called only two witnesses.

UPDATED: Bell Will Go to Trial for Kidnapping Charges 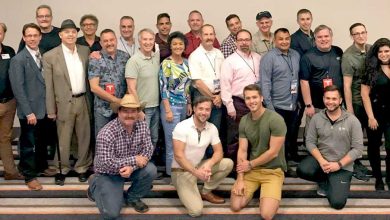