The American Fork City Council voted Dec. 13 to table two bills that would protect against bias based on sexual orientation and gender identity in the workplace and housing.

Despite voicing her support, councilwoman Heidi Rodeback moved that the ordinances be tabled and said that more public input would only benefit the process. The vote was unanimous.

“I feel we can never go wrong with more public process,” she said. “I feel it would be best to table these ordinances until some future date when we achieve better consensus.”

Brandie Balken, executive director of Equality Utah, agreed that the measures should be tabled to allow for more discussion.

“I wonder if it is time to step back, take a deep breath and have a civil dialogue in this season of compassion,” Balken said.

Rodeback, along with councilmembers Rick Storrs and Keith Blake, pushed to have the issues placed on the agenda after American Fork resident Mark Steele urged them to do so because he has a transgender daughter.

“Currently there is nothing to prevent me from firing you if I find out you are gay or from evicting you,” Steele said. “In fact, I just have to think you are gay based on whatever stereotypes I find convenient at the moment.”

Opposition to the laws was launched by the conservative think-tank, the Sutherland Institute, which issued statements saying the proposed ordinances would infringe on religious liberty.

“The proposed nondiscrimination ordinances create an unnecessary imbalance of rights among residents of American Fork,” said Sutherland Institute’s Stan Rasmussen to the council. “Exempting various institutions from threatened claims of discrimination on one hand, while not exempting individual people of conscious in their sincerely held religious beliefs on the other.”

In addition to the strong opposition inside the meeting led by religious groups and individuals, many people left the meeting only to find fliers on the windshields of their cars calling for the death of gay people through a Joseph Smith translated Bible reference.

“Homosexuals not to have rights!” the flier stated. “’If a man lie with mankind as he lieth with a woman, both of them have committed an abomination; they shall surely be put to death; their blood be upon them.’ Leviticus 20:13 – Joseph Smith translation of the King James. Why do we have gay rights issues today? ‘As in the days of Noah, so shall it be in the last days.’”

There are 13 other municipalities in Utah with similar laws; however, American Fork is the first in Utah County to consider the measures. The LDS Church supported the Salt Lake City ordinances and called them ‘fair and reasonable.’ 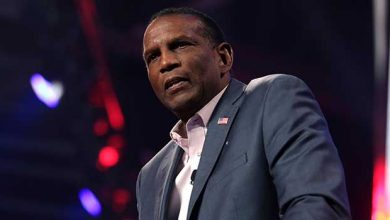