Human beings have always had myths. Throughout civilization, myth systems have been one in the handful of constants of the human experience.

As religious scholar Joseph Campbell has explained, the term “myth” is not derogatory. Some may presume that there is a condescending implication when we refer to a story as a myth, particularly when the word is used to describe stories told by religious groups that are functioning today.

On the contrary, though, Joseph Campbell identified a vital, fourfold purpose for myth: it awakens a sense of awe, explains the shape of the universe, supports social order, and guides the individual through the stages of life. In this context, the myth of Jesus of Nazareth powerfully reflects our story as an LGBT community.

Consider the Christ narrative: divine, transcendent love enters a human body. This love grows—it blesses, heals and changes those it touches. The religious leaders who wield the most political power do not accept the bearer of this love, nor do they approve of him. Instead, they persecute him, citing reasons from their books of scriptures to rationalize their own rejection of him and to assert an illegitimacy of his practices. Ultimately, they conspire to put this man to death. However, they misjudge his nature and power and the darkness of their own hearts cannot extinguish the light of his goodness. In fact, it only makes it stronger and enables it to spread further.

This is the story of our community. It is the story of love that awakens those who are touched by it, while simultaneously being persecuted by religious elitists. It could not have a more striking metaphor than the story of Jesus. Even as gay marriage, the ultimate symbol of love and devotion that society can offer, suffered a temporary death at the hands of religious conspirators hiding behind the thinly veiled mask of political necessity (Proposition 8 ), the death was only temporary. And it is the collective love emanating from our community that will empower it to live indefinitely.

The writers of the musical Les Miserables chose to poetically conclude the life of the main character, Jean Valjean, with this poignant message: “To love another person is to see the face of God.” However, more than simple poetics, the author of the letters of John in the New Testament crafts a rich theology of love, explicitly linking the relationship between human love and the presence of divinity. He writes, “No one has ever seen God; but if we love one another, God lives in us and his love is made complete in us.” (1 John 4:12)

Many of us in the LGBT community have been burned by those who assert that we have no place in the religious communities of our upbringing. This Christmas season, whether we look to Jesus of Nazareth as the savior of humanity, as a good man and teacher of morals or as an archetype and a myth—may we each feel our own story celebrated, even as we celebrate the birth of the baby in Bethlehem. And may the resounding message be the one trumpeted by angels real or imagined: “And on earth peace, good will toward men.” 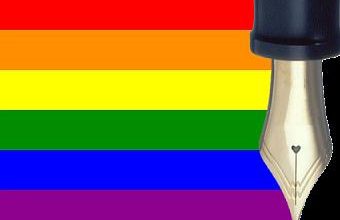 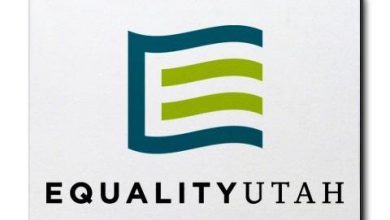