Pope Benedict XVI attacked gay marriage in his annual State of the World address, saying same-sex nuptials threaten the very future of humanity.  In one of his biggest tirades against homosexuality to date, the pope, 84, said gays “undermine the family” and “threaten human dignity and the future of humanity itself.” To be fair, the leader of the largest Christian religion also used his chance to address millions of listeners by saying laws that allow for abortion promote murder because of its “convenience.”

In an amazingly bigoted tirade, Tennessee Rep. Richard Floyd explained his proposed legislation that would designate and control restrooms and public dressing rooms designated by sex, to members of that particular sex. While not addressing the many problems that a law like this would face in enforcement, Floyd went on to say that he needed the bill to pass in order to protect his wife and children against transgender people. “I don’t care for what reason, how depraved their mind is, how perverted their mind is, or for what reason they think a man has a right to go into a women’s bathroom, or dressing room to try on clothes,” Floyd said.

An Arizona woman filed suit against the car rental company Avis, claiming she was discriminated against because she paid full price for her car rental while the company offers discounts to certain gay groups. Lynn Evenchik claims Avis’ policy of offering a small discount to the International Gay and Lesbian Travel Association and National Gay and Lesbian Chamber of Commerce unfairly discriminates against straight people. 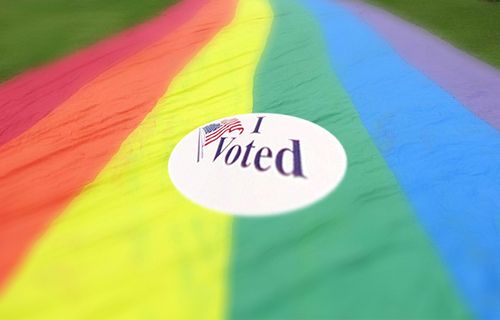 Six important things to know about the Utah Pride Festival