Mitt Romney’s release of his tax forms in the wake of Newt Gingrich’s wide lead in the South Carolina presidential primary has revealed much fodder for his opponents and political commentators.

The forms reveal that, according to CBS, Romney is “one of the richest men ever to run for president,” having made $42.6 million in two years — nearly all from investments and dividends. None from working wages.

Of that, $3 million went to federal taxes and at least $4.1 million went to the Church of Jesus Christ of Latter-day Saints, in line with the standard 10 percent tithe asked for by the church.

The Salt Lake Tribune reports that the Romney family has also donated about $4.8 million to the church since 2000 through their Tyler Charitable Foundation and more than a half million dollars to LDS Church-owned Brigham Young University.

The forms also revealed that Romney had dozens of accounts and investments in tax-haven countries, including Luxembourg, the Cayman Islands, Ireland and Switzerland. 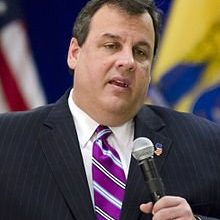