After a 90-minute hearing in front of a standing-room-only audience, the latest attempt at a statewide nondiscrimination bill was squashed with a 4-2 vote in a legislative committee. The bill, SB51, which was sponsored by Sen. Ben McAdams, D-Salt Lake City, mirrors legislation already passed in 14 Utah municipalities.

The measure would protect against bias based on sexual orientation and gender identity in the workplace and housing. The bill is a reiteration of similar proposed measures that have run in the House and Senate since 2007, but it was the first time it received a committee hearing in front of the Senate Government Operations and Political Subdivisions Committee in the Senate.

The bill was bolstered by the testimony of Clifford Rosky, a law professor at the University of Utah and a board member of Equality Utah.

“What this bill doesn’t do is make gay and transgender people a protected class or give them rights other people don’t have,” Rosky said. “What it says is that you can’t discriminate based on sexual orientation or gender identity. You can’t fire someone because they’re gay or straight.”

When the Salt Lake City Council passed the anti-bias measures it did so with the blessing of the Mormon Church. This year both the Catholic Diocese of Salt Lake City and the Salt Lake Chamber, which represents businesses statewide, added their support to the bill.

“We urge you to pass this bill if for no other reason, it’s the right thing to do,” said Jean Hill, the Diocese’s government liaison.

Gayle Ruzicka, president of the Utah Eagle Forum, was one of the anti-gay rights activists who spoke against the bill. She said exemptions from the bill need to extend to all religious people, not just religious organizations. And although the law currently exempts landowners with four or fewer units, she questioned the bill’s impact on landowners who have multiple units.

“What if I was renting to singles and wanted a certain standard. I couldn’t say, ‘You’re living a homosexual lifestyle. You can’t live here,’” Ruzicka said. “I think I should have the right to do so.”

McAdams countered, saying discrimination based on religion is already banned and the situation she was describing would already be in violation of state and federal laws.

Sen. Luz Robles, D-Salt Lake City, tried to move the bill from the committee to a full vote on the Senate floor, but she was quickly countered by Sen. Scott Jenkins, who moved to table the legislation.

“I am absolutely opposed to discrimination and I do not think it should happen, I think we should all be loving and accept all of our neighbors, and with that, Mr. Chair, I’m going to make a substitute motion that we table this legislation,” he said.

McAdams made one last plea with the committee to move the bill out of committee.

“I don’t believe we have to choose between protecting against discrimination and the religious values many of us have in our state. I believe that faith and respect can coexist, and this bill would accomplish that,” McAdams said.

Recent polling data indicate the measure is supported by more than 70 percent of Utahns. In addition to other influential groups who have voiced support, representatives from several large corporations in Utah, including Ancestry.com and eBay Inc., also voiced support of the bill at recent public hearing. 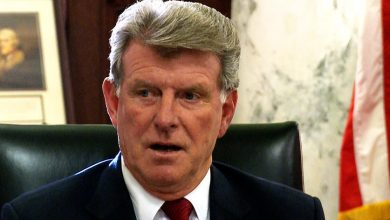 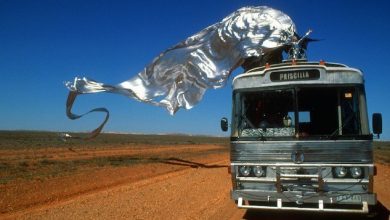