The Church of Jesus Christ of Latter-day Saints issued the following statement regarding the decision on Proposition 8 by a federal appeals court in California:

“The Church of Jesus Christ of Latter-day Saints regrets today’s decision. California voters have twice determined in a general election that marriage should be recognized as only between a man and a woman. We have always had that view. Courts should not alter that definition, especially when the people of California have spoken so clearly on the subject.
“Millions of voters in California sent a message that traditional marriage is crucial to society. They expressed their desire, through the democratic process, to keep traditional marriage as the bedrock of society, as it has been for generations.

“We recognize that this decision represents a continuation of what has been a vigorous public debate over the rights of the people to define and protect the fundamental institution of marriage. There is no doubt that today’s ruling will intensify the debate in this country. We urge people on all sides of this issue to act in a spirit of mutual respect and civility toward those with a different opinion.”

Meanwhile, gay rights groups lauded the court’s decision and are hopeful for the future.

“Today’s decision affirms what we all know to be true – our Constitution protects the basic civil rights of all Americans, including lesbian, gay, bisexual and transgender people. Proposition 8 does nothing to strengthen or protect any marriage.  Instead, it singles out thousands of loving California families for different treatment, simply because they are gay and lesbian couples.  We applaud the Ninth Circuit for recognizing that our Constitution cannot tolerate such egregious discrimination.”

Mayors for the Freedom to Marry, the bipartisan group of more than 130 mayors from across the nation who have pledged support for ending marriage discrimination against gay and lesbian couples, underscored the importance of today’s decision in a statement released this afternoon:

“As Mayors for the Freedom to Marry, we know how important marriage is to our neighborhoods, our cities, and our nation.  When committed couples are able to pledge their love to one another and share in the responsibilities and protections of marriage, our communities flourish and our cities are more competitive. Today’s decision by the 9th Circuit reaffirms that the American Dream is possible for everyone and brings us one step closer to ending marriage discrimination once and for all.  We look forward to a day when all of our citizens will be able to share fairly and equally in the freedom to marry.” 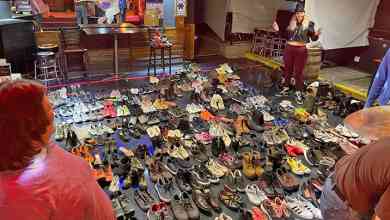