Discussion of homosexuality and contraception would be banned from Utah schools under a proposed bill in the House. Rep. Bill Wright, R-Holden, is sponsoring HB363, which will bar any teacher or school official from discussing homosexuality and will require schools to teach abstinence-only sex education, or to ignore the topic completely.

Wright said the proposed measure was inspired after he discussed a maturation program for elementary school students.

“When we promote promiscuous behavior it’s the same thing as promoting alcohol or drugs,” Wright told The Salt Lake Tribune. “It’s a … habit that leads to the moral decline of our country, and like all these other things, we need to set a standard. If you want to find it, go find it, but we shouldn’t be obligated as a society to collect tax dollars to deliver that information to you.”

The bill is already being opposed by queer-rights groups as well as the Utah PTA.

“This law ignores the fact that teens are increasingly exposed to sexual messages through the media, technology, and friends,” the Utah PTA said in a statement. “Students want and need an open and honest discussion about human sexuality and the limitations of contraception to navigate through the various messages they are constantly bombarded with.”

The law is backed by the influential groups the Sutherland Institute and the Utah Eagle Forum.

Wright did not return phone calls or emails made by QSaltLake. 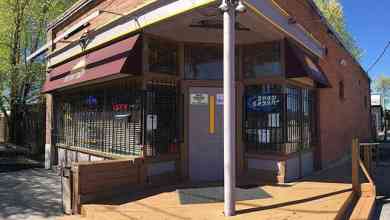