A Colorado student faces up to six months in jail and a $1,000 fine for flinging glitter toward Republican presidential nominee Mitt Romney at a post-caucus rally in Denver. University of Colorado Boulder student Peter Smith, 20, faces misdemeanor charges for his involvement in tossing the glitter in Romney’s general direction.

The practice of “glitter bombing” has been championed by queer-rights activists to protest homophobic statements and positions.

Video of the event shows Romney shaking hands with people in an auditorium when glitter is thrown at him. Secret Service agents can be seen ushering him away from the crowd. Smith was later escorted out by local authorities.

Smith later told Reuters that he was protesting not just Romney’s anti-gay stances, but his “general political” philosophy.

This is not the first time Romney has been “glitter bombed” and earlier this month in Florida, after a decisive primary victory, he was covered in glitter by protestors.

“Hey listen you guys, I’m delighted to be here with you, this is an exciting time, I’m happy for the celebration. This is confetti! We just won Florida! Oh I’ve got glitter in my hair. That’s not all that’s in my hair, I’ll tell you that. I glue it on every morning, whether I need to or not,” Romney said after the incident.

Other presidential candidates, including Michele Bachmann, Newt Gingrich and Rick Santorum have all been targeted by “glitter bombs.” 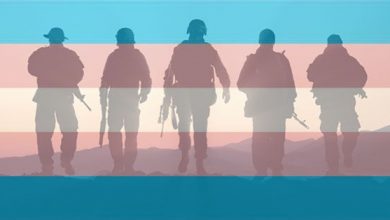 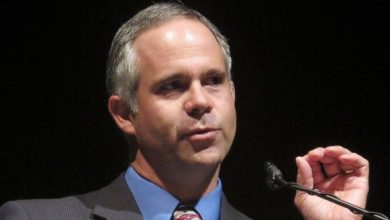