Salt Lake City was ranked in the top five “Most Cheating Cities” by Ashley Madison— a website bearing the tagline “Life is Short. Have an Affair.” Based on its subscriber base, the website determined that Washington, D.C., San Antonio, Phoenix, Salt Lake City and Oklahoma City were the most cheating cities. With the exception of Washington, D.C., the top cheating cities are in some of the most conservative states in the nation.

Oklahoma’s parole board denied a request from a death row inmate convicted of beating his wife and running over her with a pickup truck 16 years ago. Timothy Stemple, 46, is scheduled to be executed next month for the murder of his wife, Trisha. Prosecutors said he beat his wife with a baseball bat before running her over with the help of a 16-year-old accomplice. “He is one of the most evil men that I have come in contact with in my many years of service,” Officer Mike Huff, a 37-year police veteran, wrote to the panel. He also called Stemple a “monster.”

No more girls, or else!

An Indian man who was angry with his wife for giving birth to their fifth daughter strangled her to death in their home in Govindpur village in Bihar’s Munger. Police said the man was angry because the wife continued to bear daughters instead of sons and had repeatedly warned her that she needed to have a boy. On the day she gave birth to their daughter, he became enraged and killed his wife, police said. Neighbors called authorities but the man has been in hiding since the attack.

Save Q Campaign down to 3 days 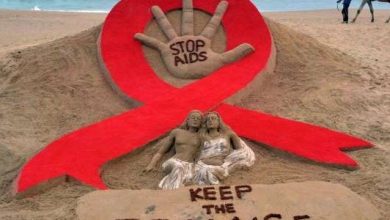