I’ve always been a pretty political person.  In 1976, my mom drove me downtown, where I picked up a stack of  ‘Jimmy Carter for President’ brochures to drop on the doorsteps in my neighborhood.  Some of the neighbors were quite scandalized! I remember that on election night my parents made me go to bed prior to the race being decided, so when I woke the next morning,  I’d be able to read the results,  ‘Carter Beats Ford,’ in the Tribune. That was my first foray into politics. Over the years I became increasingly politically active – working on all sorts of campaigns, and even running for office once (I lost by 303 votes).

When we lived in San Francisco, I was pretty active in the Harvey Milk Lesbian, Gay, Bisexual, Transgender Democratic Club – serving as the co-chair of the membership committee and being recognized by the California Senate as the club’s Volunteer of the Year in 1999.

Then the boys came along, and I didn’t have time to be an activist.  But I’ve never lost my interest in politics.  What I do find compelling is that unlike my previous political bent, I am now a family-values voter.

So why isn’t Rick Santorum courting me then?

First, I suppose, is the fact that I’m not a Republican. The second reason is that my family values and his aren’t exactly the same. But that doesn’t mean I’m not a family-values voter.

And that’s why I plan to attend the upcoming caucuses: to show the world that the radical right doesn’t have a monopoly on values.

Now, before you think I’m going to yammer on about the evils of abortion or how we need a Constitutional amendment banning flag burning, please remember that I’m a family-values voter based of my family values. That means every vote I make I base on one criterion: is it good for my boys?

So how does my concern for my kids influence how I vote?

Well, for starters, I support politicians who defend marriage: mine that is.  It’s in the best interest of all children to have happily married parents to raise them – and that goes for the kids of gay parents too.  Married people enjoy literally hundreds of tangible benefits not offered to those lacking a state sanctioning of their relationship, and there are hundreds of intangible benefits as well, from living longer to decreased chances of Alzheimer’s.

Any candidate asking for my vote also needs to stand up for Mother Nature. It’s imperative my kids have clean air to breath and water to drink.  Yes, we’ve all heard religious leaders argue that God gave humans the Earth to do with as we wish. Apparently, that extends to strip mining, overfishing and dumping chemicals into drinking water.

But my religious leader, Patriarch Bartholomew I, leader of some 300-million Orthodox Christians, argues that to sin against nature is to sin against God.  His tireless efforts to improve the environment, have earned him the nickname Green Patriarch.

And I want my children to have the best educational opportunities. One in which not only do they have competent, dedicated instructors and the most up-to-date materials, but an environment in which they are celebrated for the people they are.  It infuriates me that elected officials dare to suggest we should scrimp on our children’s futures.

I know that Rick Santorum – and for that matter, Mitt Romney, Newt Gingrich and Sarah Palin – would never consider me a family-values voter.  I know that the national and local “leaders” of the value movement wouldn’t ever include me as one of them.  They likely see me only as a gay man, as someone who shouldn’t be a father, as a tree-hugging abomination.  They likely see me as a lot of things, but certainly not a kindred spirit. And dogmatically, we’re not. Dogmatically, we’re polar opposites.

But when I attend those caucuses, when I cast my vote in the primary and general elections, I’m doing it for my kids. And I can’t think of anything more pro-family than that. 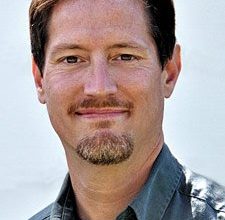