A bill requiring an orientation for new state lawmakers to be trained on Utah’s statistical demographics, and cultural diversity and sensitivity, was killed in a Utah Senate committee on Feb. 28.

A separate vote asking to add gender identity and sexual orientation to the bill failed, but brought questions from the panel. Rep. Casey Anderson, R-Cedar City, asked what gender identity meant and was the lone Republican sponsoring the bill after his question was answered. Those who voted against the bill, Sens. Jenkins, Margaret Dayton, R-Orem, Daniel Thatcher, R-West Valley City and Peter C. Knudson, R-Brigham City, were also the same legislators who voted against the statewide nondiscrimination bill.

The bill started a few years ago when former Sen. Chris Buttars made a comment about a bill he did not like and called it a “black baby.”

“From a business perspective, one of the ways we see opportunities are in new markets and new communities,” the bill’s sponsor Sen. Ross Romero, D-Salt Lake City, said. “I don’t think as a community serving our constituents is any different… I think understanding who we all represent as we come forward as a state is helpful to the process.”

The bill would not require any education about discrimination in the workplace or housing; instead it would inform lawmakers about the demographics of their districts. Information about race, ethnicity and other factors would be given to incoming legislators so they are fully aware of who they are representing, Romero said.

“I hope the committee gets the sense that this is meant to be part of what we are as a state, who we are as a state and who we’re going to represent,” Romero said. “It is for the betterment of our state that we have to think about this.”

The only concern raised by the committee came from Anderson who asked for clearer statements about how long the training would last. Romero said it would be a 20-45 minute training session. Anderson and Sen. Luz Robles, D-Salt Lake City, were the only two who voted for the bill, but none of the committee members who voted against the bill gave any reason for their votes. 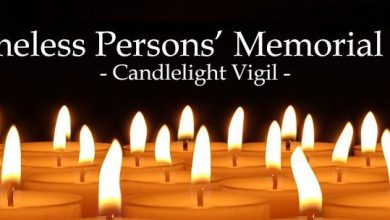