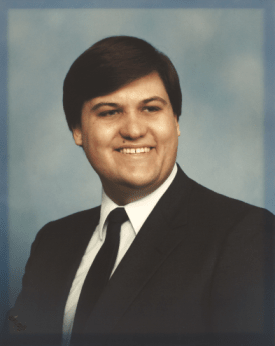 The longest-serving executive director of the Utah Democratic Party, Todd Taylor, passed away in his home on Mar. 6, at the age of 46. Taylor, the former president of the Association of State Democratic Executive Directors, director of the state party and arrangements chairman for the Utah delegation to four national party conventions, died in his sleep.

Taylor led Utah’s Democratic Party for 20 years, longer than any other state party executive in the country. Despite offers to leave Utah and head up other major Democratic initiatives across the nation, Taylor stayed close to home where he enjoyed the fight.

“He was just a good guy. He always had a smile for everyone,” said Nikki Boyer, a member of the Stonewall Democrats and president of the Utah Pride Center. “We all worked with him. I have never met such an intelligent and caring man. He could remember facts and figures like no one I’ve ever seen.”

Even before the political trend starting shifting toward a wider acceptance of queer rights, Taylor was a strong supporter and ally of the community, Boyer said. Whenever she raised a concern with him, he listened intently and helped find the best solution possible.

Taylor presided over the party just after the Gay and Lesbian Utah Democrats was formed in 1989. The tumultuous times saw one of the largest pushes for gay rights in Utah’s history. GLUD founder, David Nelson, said Taylor faced an uphill battle of organizing all the volunteers and politicians into one camp.

“Having founded GLUD just months before Todd started working with the state-party officers in 1990, the group was never one to accept the status quo or sit quietly while others did its work to protect equal rights for gay Utahns – things Todd always suggested he would do for us if we just stayed away from public attention,” Nelson said in a press release. “In time, Todd learned that working with GLUD leaders to accomplish our goals was the best way to avoid even more attention to having denied us.”

Pushing for a united party while considering the concerns of winning elections, Taylor walked a thin line, Nelson said.

“It is right that Todd became the longest serving state-party executive director in the nation. He advised his own state party, and those of other states, to succeed, often without notice,” Nelson said. “Gay politics in Utah owes Todd thanks.”

His passing was quite sudden and unexpected, said Todd Bennett, the chair of the Utah Stonewall Democrats, which is the new name of GLUD.

“I saw him on the night before he passed,” Bennett said. “He stuck his head into a meeting we were having that night. His passing was such a shock.”

While Bennett said he did not work with him as closely as others, Taylor was always open to listening to queer issues.

His impact will be missed greatly by all Utahns and Democrats, said state party chairman Jim Dabakis.

“Todd Taylor was the soul of the Utah Democratic Party. His leadership, vision, and dry sense of humor will be remembered and honored as long as we have Democrats in Utah,” Dabakis said in a press release.

Todd served as the Executive Director of the Utah State Democratic Party since 1992. He was first interested in politics following his career as a chiropractor and advocating for the Utah Chiropractic Association. He was active in campaigns his entire life, including Campaign Manager for J. Dell Holbrook for Davis County Commission and Kem Gardner for Governor in 1992.

“Todd Taylor was known across the United States as one of the brightest and most resourceful talents in our party at any level. He was the trusted source for Utah Democrats as well as state-party executive directors and state party chairs for nearly a quarter century. He is irreplaceable in so many ways,” said Wayne Holland, former Utah State Democratic Party Chair, in a press release.