The Stonewall Democrats, a political caucus of the state and county Democratic Party, will hold a legislative wrap-up on April 1, 4 p.m. at the Market Street Grill in Cottonwood, 2985 E. 6580 South.

Titled, “Oh No They Didn’t,” the gathering will feature guest speakers Sens. Ben McAdams and Ross Romero, and Reps. Rebecca Chavez- Houck and Brian Doughty. The event is open to the public with a suggested $20 donation. Those interested in participating should RSVP to Alan Anderson at acapoppi8@comcast.net.

“We are an all-volunteer organization to get fair-minded candidates elected,” Bennett said. “We work with other political action groups, such as Equality Utah, to help advance gay rights.”

The event will run for about two hours and appetizers and drinks will be served. Four Democratic legislators will attend as well as the Stonewall Democrat leadership.

“This is a great opportunity to catch up on all the issues, not just LGBT issues,” Bennett said. “People should go to socialize and learn how to get involved with politics.”

The Stonewall Democrats meet three or four times a year to keep the members informed and help plan some of the actions the caucus plans to take. The group also participates in state and county delegate meetings to help keep fair-minded candidates on the ballot, Bennett said.

Bennett has been a volunteer for the Stonewall Democrats for about four years. Before serving as the board chair, he also served for a time on the Utah Pride Center board. 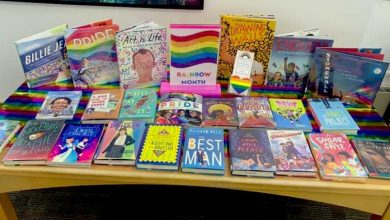