Set in a fictitious West African nation, though very much derived from cultural and social aspects plaguing the continent, Timothy Jay Smith’s action-thriller, Cooper’s Promise, tells of a U.S. soldier’s inherent need for redemption, both 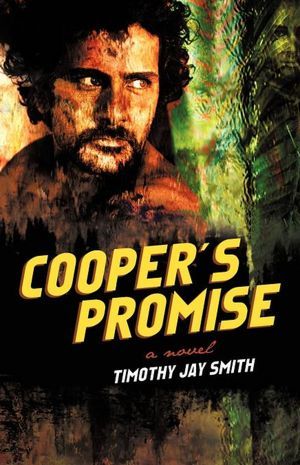 patriotically and personally. Swift in delivery, yet beckoning profound consideration, Smith unveils a waste-less journey, of a bighearted man, embedded with emotional resonance and harrowing intrigue in this second novel by the award-winning writer.

Sergeant Chance Cooper, a prolific Army sharpshooter, fearing for his well being, deserts his country and his honor to save what little of a life he seems to have left. Having harbored attraction for his male friends since childhood, Cooper’s naivety marks him an easy target for his commanding officer Captain Morrow’s selfish advances. —He could express his desires only in terms that embarrassed him, and for a long time, he believed they were his desires uniquely. Until the day Rick, slipping out of the shower, said, “I want to see you in my tent Sergeant Chance.”  Eventually forced, contemptuously, into the “tunnels and booby-trapped souks” of the Iraqi desert on conceived suicide missions, Cooper flees into hiding in an impoverished African country teetering on the brink of upheaval. —The country had more tribes, factions and shifting alliances than a diamond has facets, and precisely because of its diamonds the chronic civil war plodded along.

Fully on his own, Cooper simply exists, filling the days under the influence of unbearable heat and “G and Ts,” dodging restless rebels and thieving children, and trading stolen diamonds for money. His only friend, a teenage prostitute called Lucy, reminds him of his stepsister for whom he had long ago let down. Having failed in protecting her from their abusive father, Cooper now makes a promise to Lucy to always be there to protect her.

Cooper’s simple existence however turns upside down in threes. He becomes distracted by his diamond dealer’s son, Sadiq; he discovers Lucy is a pawn in human trafficking shortly after she disappears; and he is approached by a mysterious man with an offer he comes to learn he cannot refuse. The latter, a true-to-form American response to anything pertaining to money, his only hope for returning home with a full military pardon.

Smith brings to fruition, in vivid prose, a well-conceived story of a lost and yet stoic gay soldier; he refreshingly underplays Cooper’s sexuality, stripping away most all stereotypes; and he fills the pages with unique, three-dimensional characters. —She was an ample woman fond of the loose-fitting floral prints favored by the local women and wore a flamboyant headdress crafted from stiff red material shaped into a flying saucer that towered three feet over her head and was just as wide. Popeye, her one-eyed parrot with an eye patch, sat perched on her shoulder.

Cooper is gay, but, first and foremost, he is a man who struggles, like anyone else, to understand himself and the world around him. —So fatigued by the exhaustion of remorse, he could hardly stand on his tremulous legs. He wanted to open the top of his head and let the water flush away his memory of the children’s slaughter, but he knew God wouldn’t let him forgive himself that easily. Filling his mouth with water, he spat in a steady stream at the moldy patch on the ceiling as black as he imagined God’s soul to be. …

Once living the life of a drifter, of sorts, and carrying a desire to speak up about critical issues, Smith uses his irreverent voice loudly, longingly, making good on an unintentional promise to open eyes wide.

It’s All About the Hook

Steven Fales: A Princess in Mormondom and Other Works