It’s a cold Monday night in Provo, Utah and thousands of young students gather in small groups for family home evening. Countless young men and women flirt in a way that makes their sexual repression obvious. I give them a faint, curious smile and fasten my coat as I walk – slipping through a group of them on my way to the door. They stop me, and invite me to join them. To them I am their neighbor, a fellow Brigham Young University student, and most importantly, another member of their massive eternal family.

“Brother” they call me, and tell me they are doing some kind of arts-and-craft activity that will be “super fun.” Huge, stupefying, forced smiles plaster their faces and they stare at me with gazes that radiate pure, naive innocence. If ignorance is bliss, then these are the happiest people on earth. And in a way I envy them their happiness. But they and I are worlds apart; they just don’t know it. I politely decline their offer and push on into the cold. Tightening my jacket against the frigid wintery night air as I go. There is somewhere else I want to be.

BYU is the home of some 30,000 students. Nestled in the heart of Provo, it is “the Lord’s flagship university” and in some ways the very Mecca of Mormonism. But even here, where the church’s narrative is the strongest, and the game of self-righteous one-upmanship is perhaps at its most comically absurd, there is a minority of dissenters who find themselves apart from the blissfully simple—and not particularly realistic—worldview touted by the church’s leadership.

For a majority of people, the narrative seems to work. They find safety in numbers and even extreme views are welcome—so long as they are conservative and Christian. But for the 1-in-10 students at BYU who are gay (and one in five who experience some level of same-sex attraction), as well as the liberals and those who’ve lost their faith, surviving here is not so easy.

When taken as a loud majority, Mormonism’s message—ostensibly about family, hope and happiness—is one that is uncompromising and wildly unaccepting of alternative views. Because of this, those who find themselves even just a little off the beaten “straight-and-narrow” path must either weather the tempest alone or else seek out like-minded people at great personal risk—potentially jeopardizing their status as a student.

For many, including myself, the risk is worth it. The burden of living in the closet as a disaffected Mormon, forced to hide behind a mask of pretense, having to attend church and hold one’s tongue, and of course jumping through the ultimate hoop—not being able to publicly say what one truly feels, is far too heavy a burden to shoulder alone.

It is with a group of these brave souls that I meet with on this Monday night. Every one of us putting our “good student status” in danger. But we meet anyway. Because, to survive, we must have a place where we can take off our masks and be our true selves.

After driving for some time, I arrive and enter the building. The smell of coffee fills the air. A few games of chess are going and everyone is relaxed, socializing, letting down their hair, venting and finding strength in one another’s company. It is a diverse group that includes straight and gay, Christian and atheist, liberal and conservative, but there is one unifying thread. We’d all at one time been sincere believers of the LDS Church and have since become disaffected.

Our reasons are almost as diverse as we are. And for most it is an avalanche of factors that eventually broke us. Like taking The Matrix red pill, we awakened to a larger reality than what we’d been taught. For some it’s because they are gay and realized that is a truth about them they could not reconcile with the church’s anti-homosexuality. For others it is because of the church’s shameful political activism regarding Proposition 8; a stance, like blacks and the priesthood, where the church again finds itself on the wrong side of history. Other common factors include: the questionable historicity of the Book of Mormon, dubious history and claims of Joseph Smith, treatment of women in the church, the Book of Abraham, past racism, the church’s white-washing of its own history, past polygamy, Masonic origins of the temple ritual, history of blood atonement, and so on. No one that I have met lost their faith in the church over “being offended” or “a desire to sin” which, somewhat comically, is what people expect from us once they know we no longer consider ourselves believers.

So why are we here? No doubt there are many who would tell us “if you don’t like it here at BYU, and don’t like what BYU stands for, then you should just leave.” And on the surface that idea makes a lot of sense. But for many of us, it is not so easy.

Most of us were faithful believers when we came to BYU. And many of us served missions for the LDS Church, just like we’d been told we should. We come from families that are deeply devoted to the LDS Church and we’ve been raised within that bubble all our lives. The process of de-conversion was, and continues to be, a painful one. And not one that any sane person would wish upon him or herself. After some time it does get better, and it is liberating, but the loss of the security blanket the church provides: of a Heavenly father that is genuinely interested in our personal happiness, and the promise that family members survive death, and of course the social benefits of belonging to such a community—few would choose to give up those things. In fact most of us never sought out our journey of disillusionment, we simply kept an open mind and—believing our testimonies could weather tempests—did not hide from information. Certainly I never suspected that my beliefs were ultimately empty. Not until it was too late. And now, like the others, I am stuck here – slowly working my way toward a BYU degree. Not wanting the school to freeze my credits and prevent my continued enrollment, ultimately holding my degree hostage. Not to mention the social suicide it would bring, coming out as a nonbeliever, and the unwanted family complications. Many are in my same position. And cannot afford to let their true feelings be known. So we soldier on. Hiding who we are. For at least a little longer.

Sometimes I wish there were a blue pill that could make me forget what I know. Let me slide back into the church and have a slice of the same blissful ignorance that BYU cooks up in such quantities. Let me be the naive person I used to be. But even if such a pill existed, I know I couldn’t take it. Yes, life is harder without that security blanket. And now I can’t be lazy and let someone else do my moral decision-making for me. But the freedom to be my own person, and the need to make up my own mind, and the fear that life may end at death, all of it has made every moment that much more precious and beautiful.

It is a realization that has been forced on all of us here. But meeting together, lending each other support and friendship, makes life in Provo seem much less bleak. BYU might assume we are a hateful band of sinners and depressed nihilists. But, as I look around me at these genuine faces with their warm, resilient smiles, I realize that nothing could be further from the truth. We are survivors. People just trying to be honest with ourselves. And here, in this lonely coffee shop, we are free. 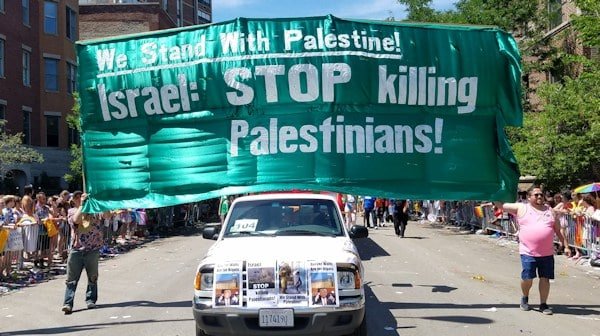 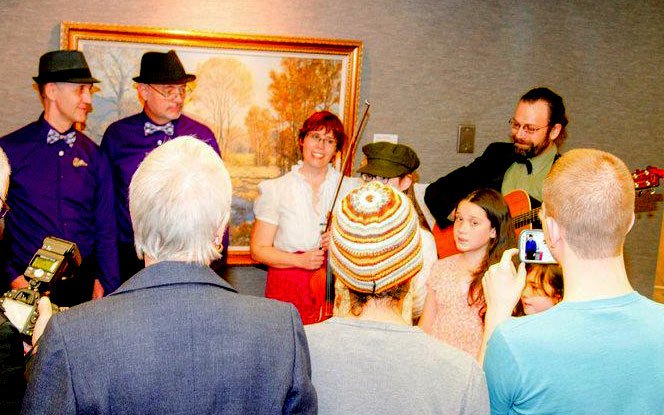