The Sugar House Art Walk came to be shortly after James Adelman opened The Joint, a chic chiropractic care center nestled in the McIntyre Shopping Center (southeast side of Barnes & Noble parking lot). Similar to the downtown Gallery Stroll, the art walk, co-organized by Adelman, is an opportunity to familiarize, or reacquaint, people with the Sugar House art community and, according to Adelman, “to get people walking.”

The first SHAW took place in September 2011 and featured approximately 30 artists in eight venues. Since then the list of participating venues has nearly doubled to 15, and featured artists range from painters to photographers and from sculptors to craftsmen. The art venues, though mostly clustered loosely around the 2100 South and 1100 East intersection, include Two Dancing Cats Gift & Gourmet at 1790 S. 1100 East, and The Sugar Space Studio for the Arts at 616 E. Wilmington Ave (2190 South).

This month’s art walk, on April 13, will also include an exclusive event at The Sugar Space, a multidisciplinary arts organization. The founder, Brittany Reese, has generously offered the use of the black-box performance space for two special-engagement screenings of the Sundance award-winning documentary film Love Free or Die. The film, by Macky Alston, received a U.S. Documentary Special Jury Prize for an Agent of Change at the 2012 festival. The documentary’s core study is how the Episcopalian Church and Gene Robinson underwent much heated scrutiny, in 2003, when he was elected the church’s first openly gay bishop. Alston’s vision for Love Free or Die exudes unbridled passion unlike many others I have seen. It is angelic and will give you faith and hope, if nowhere else, in yourself.

The Sugar House Art Walk will be held Friday, April 13, 6-9 p.m., followed by screenings of the film at 9 p.m. and again at 11 p.m., at Sugar Space. Although the art walk is a free event, tickets to the screenings are $7 in advance and $10 and will help in sustaining the monthly art event. To purchase tickets go to sugarspace.com. 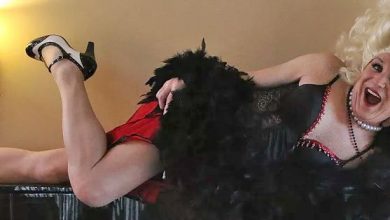 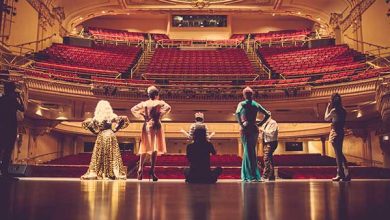