After a panel of openly gay Brigham Young University students announced they will be answering questions for other students about what it’s like for them on campus, a local activist group went into overdrive, slamming the panel. Sociology professor Charlie Morgan is organizing the forum which is being advertised as “Everything you wanted to know about being gay at BYU but were too afraid to ask.” The panel discussion will be held with several sociology and psychology courses and is not an approved public event.

However, a group which bills itself as a resource that tries to make gay people turn straight, The Standard of Liberty, is decrying the efforts to have an open discussion on campus. Asking that all students participating first be grilled to ensure they have not had sex before, and that they all be forced to divulge any information about sexual abuses in the past, SOL is calling the event “harmful” and “”ill-conceived.”

Recently, the Mormon-owned BYU changed its strict honor code restrictions and now allows homosexual students, provided they do not act on the feelings and remain celibate and dateless. In an attempt to open dialogue about what it’s like for students who identify as gay on campus but choose to follow the rules, the forum is just one in several groups which provide support for gay students.

However, SOL is questioning the wisdom of the panel and claims that BYU’s honor code unfairly respects gays and lesbians.

Claiming to have books and support for those who want to change their sexual orientation, SOL calls homosexuality a mental illness and insists that in place of open dialogue, students should be schooled on ways to change sexual orientation. However, no procedures or evidence of the process being practical or possible are provided.

In fact, The Southern Poverty Law Center is speaking out against groups, such as SOL and others, and showing how the attempts at so-called “ex-gay” therapies are not only ineffective, but dangerous. On April 12, 7 p.m. at the First Baptist Church, 777 S. 1300 East, Salt Lake City, a panel of legal and psychology experts will present the dangers of such therapies.

The American Psychological Association also disagrees with SOL and says that reparative therapies like his do not work, and can cause significant harm.

“There has been no scientifically adequate research to show that therapy aimed at changing sexual orientation (sometimes called reparative or conversion therapy) is safe or effective,” the APA said in a press release.

Reparative therapies can cause a false hope and bring about extreme depression, said Jerry Buie, owner and director of Pride Counseling.

“I work a lot with gay and lesbians that have tried those therapies and my observation is that they are more severely and chronically depressed. They’re discouraged and often quite suicidal. The idea that their sexuality needs to change runs so deep, and these programs just reinforce that. Ultimately, it comes down to thinking if my sexual orientation doesn’t change, it’s because of my own lack of effort, which simply isn’t true,” Buie said.

Repeated attempts to contact SOL went unanswered.  To read the full letter calling for the abolition of the group, go to standardofliberty.org. For more information about the panel discussion from the SPLC, go to splcenter.org. 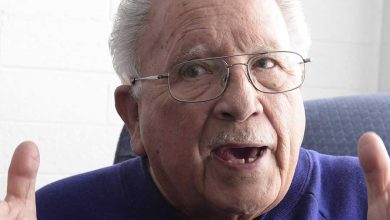 Romney would want gay grandchildren to be happy, but unmarried