Kim Kardashian back on the market

Rebounding off of a 72-day marriage, Kim Kardashian is back on the market and has been seen making the rounds with Yeezy. That’s right, Kardashian and Kanye West have been spotted together and are reportedly dating. However, Kardashian says she’s not quite ready for something serious so soon after her relationship with NBA star Kris Humphreys. In a shockingly short marriage of 72 days, Kardashian filed for divorce citing irreconcilable differences.

The passion of heterosexual love

A Colorado woman who was furious that her husband had left for two days, is suspected of finding him, ramming his car repeatedly and puncturing a tire. She is also accused of threatening to kill two teenage girl passengers. Nicole Steele, 36 was booked on suspicion of domestic violence, harassment, felony menacing, criminal mischief, reckless endangerment and vehicular assault. Police responded after someone reported seeing a couple brawling on the side of the road late at night.

Three is a crowd

A British postal worker spent more than 305,000 pounds from the sale of his home on high-class prostitutes and then he racked up another 100,000 pound debt for more sex. Deryck Green, a self-described sex addict, turned to crime after his cash reserves ran out. He stole more than 28,000 pounds from the post office where he worked.  He was sentenced to 17 months in jail and his wife is left with tens of thousands of pounds of debt. Green routinely paid more than 160 pounds per hour for sex. 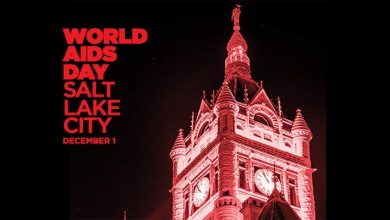