HIV has come a long way in the past 30 years. Since it first appeared on the scene we have witnessed the epidemic go from an almost certain premature death of those infected to what is now considered to be a manageable condition.

We have gone from not knowing how HIV was transmitted in the very early years to understanding exactly how it is and is not transmitted. Culturally, we have gone from a sense of fear to a sense of complacency.  We have gone through various iterations of anti-retrovirals with each new generation more effectively staving off AIDS. We have changed our language about HIV and our strategies in motivating our communities to prevent it.

Recently, many in the HIV community have become focused on the term “viral load.” An HIV patient’s viral load is represented by the number of virus cells detected in the blood, or more specifically, the number of HIV particles detected in a milliliter of blood. The fewer the number of copies of virus in the blood, the less likely a patient is to be immune-impaired and more likely healthy. HIV anti-retrovirals are designed to keep the viral load down; that is their primary mission. When the viral load drops below a certain level, it’s considered to be undetectable. This simply means that the number of copies of the HIV in that milliliter of blood is too few to count; having an undetectable viral load does not mean that the virus is not present in the blood, nor does it mean that the patient is cured.

At some point several years ago there was a rumor swirling around that Magic Johnson was cured of HIV. This rumor, as it was, started because it was announced somewhere that his viral load was undetectable. This began around the time that newer generations of HIV anti-retrovirals were truly showing to be efficacious in staving off AIDS, which translated to fewer deaths in HIV patients and a better quality of life. Remember, the role of the HIV anti-retroviral is to interfere with the virus’ ability to inject its DNA into healthy cells and make more copies of itself.

Johnson had access to the best medical care and access to the newest generations of anti-retrovirals as soon as they were available. Johnson, as an elite athlete, responded extremely well to medical intervention. At no point was Johnson, or anyone else with an undetectable viral load, cured of HIV.

But still, people love to announce that their viral load is undetectable. This is indeed cause for a patient to celebrate because it means that they are healthy, and likely will remain so throughout their lifetime – as long as the drugs continue to work. Problems are occurring because many are using it to imply that having an undetectable viral load means that they can no longer transmit the virus to others. Hence, condoms not needed.

[wp_bannerize group=”350″ random=”1″ limit=”1″]This type of thinking is inaccurate; it’s a numbers game. Again, the virus is still present in the infected blood and other body fluids. The number of copies of the virus is low in someone whose levels are undetectable. Having unprotected sex with someone who is HIV positive with an undetectable viral load is similar to gambling – the odds may be low but they are there. I have had patients who seemingly were exposed to HIV for several years before they became infected, and I have had patients that seemingly became infected after a one-time exposure.

The Salt Lake Valley Health Department offers free rapid HIV testing to the community the first Monday of every month at the Pride Counseling Center at 124 S. 400 East, Ste. 230.

Get Your Six Pack On 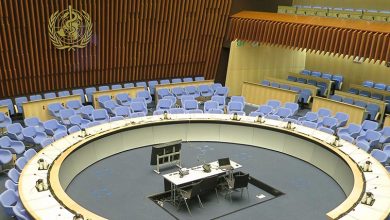 WHO calls for HIV treatment for all, broader PrEP use