One Utah Senate candidate said he would try to reclassify homosexuality as a disease if elected.

When Senate candidate, and Orrin Hatch opponent, Jeremy Friedbaum was asked by David Nelson, founder of Stonewall Shooting Sports of Utah, about what he would do to protect gay rights as well as Second Amendment freedoms, Friedbaum simply responded with the following:

The short and the long of it is: I am not in favor of any special rights for homosexuals and I disagreed with the recent supreme court decision to strike as unconstitutional state laws that criminalized homosexual activity, but I am in favor of Second Amendment rights for all U.S. citizens.

The one thing I would specifically do for the homosexual community is try to get homosexuality reclassified as a mental illness, so some insurance companies could cover the expense of treatment should someone want medical help in recovering from what I consider a sexual addiction.

The Republican’s other campaign promises include mandating random drug testing for members of Congress, abolishing the Environmental Protection Agency and the Department of Education, ending the welfare program and ending income taxes. His website also states that he would end the granting of citizenship to those who are not born in the nation and referred to some people as “anchor babies.” 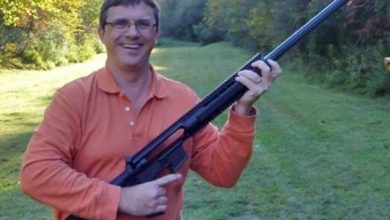