President Barack Obama has finally come out supporting marriage equality for all Americans.

In a reversal of opinion based on what he called an “evolution,” Obama said conversations with his staff members, gay and lesbian service members, and with his family led him to back a platform of full marriage equality. He also faced rising pressure from his own Democratic base.

“I have to tell you that over the course of several years as I have talked to friends and family and neighbors when I think about members of my own staff who are in incredibly committed monogamous relationships, same-sex relationships, who are raising kids together, when I think about those soldiers or airmen or marines or sailors who are out there fighting on my behalf and yet feel constrained, even now that Don’t Ask Don’t Tell is gone, because they are not able to commit themselves in a marriage, at a certain point I’ve just concluded that for me personally it is important for me to go ahead and affirm that I think same sex couples should be able to get married,” Obama told ABC’s Robin Roberts.

The monumental shift in support marks the first time a sitting president has voiced support for same-sex marriage, although he did say he supports individual states’ ability to define the issue. He added that he believes equality will become the norm as public opinion sways.

His remarks come three days after Vice President Joe Biden said in an interview with NBC that he is comfortable with gay marriage.

His comments sparked an intense media conversation and led to speculation that Obama would also voice his own support for marriage equality.

Recent national polls show a clear and quickly growing trend toward support of marriage equality. A recent Gallup poll showed that 50 percent of Americans support same-sex marriage and other polls show support as high as 55 percent, with 42 percent opposed.

However, it’s unclear how the president’s ‘evolved’ position will affect his re-election bid in critical swing states, such as North Carolina which just passed a Constitutional amendment to ban gay marriage and civil unions.

In a statement, Human Rights Campaign President Joe Solmonese, said, “Today, President Obama made history by boldly stating that gay and lesbian Americans should be fully and equally part of the fabric of American society and that our families deserve nothing less than the equal respect and recognition that comes through marriage. His presidency has shown that our nation can move beyond its shameful history of discrimination and injustice. In him, millions of young Americans have seen that their futures will not be limited by what makes them different.”

Obama’s remarks concerning equality pit him in stark contrast to his presumed Republican challenger Mitt Romney. During a campaign event in Colorado, Romney told a local Fox News affiliate, “I indicated my view, which is I do not favor marriage between people of the same gender, and I do not favor civil unions if they are identical to marriage other than by name. My view is the domestic partnership benefits, hospital visitation rights, and the like are appropriate, but that the others are not.” 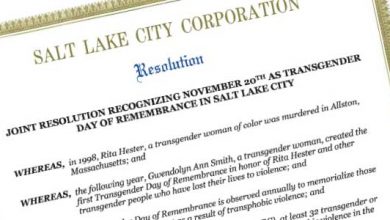