With the presidential election waging war, local races are often overlooked; primary races even more so. On June 26, Republican will be pitted against Republican and Democrat against Democrat.

Utah’s primary system is unique, and to vote in a Republican poll, voters must be registered as Republicans. To register as a Republican, voters can visit elections.utah.gov and fill out the form, then mail it in by May 25 or drop it off at the County Clerk’s office by May 29. Unaffiliated voters also cannot vote in the Republican primary.

The Utah Democratic Party allows registered voters in all parties to vote in its primary election and Republican voters can vote in both elections.

This year, there is a high-profile Senate contest between Sen. Orrin Hatch on the Republican side and the Democratic representative for Congressional District 1 will be chosen between Ryan Combe and Donna McAleer. On the Republican side, openly gay candidate Melvin Nimer is running against the former campaign manager for Gov. Gary Herbert. Also, the Republican race between West Valley City Mayor Mike Winder and former Salt Lake City Councilman Mark Crockett will decide who is running against Democrat, Ben McAdams.

“This is a great opportunity for another member of the LGBT community to set an example and help us overcome the misperception and sometimes fear and anger toward our community,” Nimer said in a press release.

To find a polling station, or for more information, go to elections.utah.gov.

Here is a list of the primary election bids up for a vote on June 26. 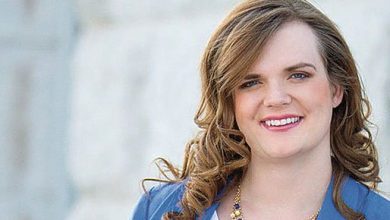