A deposed emperor; a mysterious sister; alleged affairs with a Utah state Senator and Mormon apostle; death by AIDS. God, I love living in Utah. Who said history is boring?

On Saturday, May 5, 1979, at the fourth coronation held in the old Kettle Drum Salt Palace, Carole Martindale and Weldon Young stepped down as reigning monarchs of the Imperial Court of the Wasatch Empire of Utah. As the newly elected monarchs took their positions as empress and emperor, no one could have foreseen that they would set in motion the dissolution of the Imperial Court and the formation of the Royal Court of the Golden Spike Empire.

The 1979 spring campaign for the offices of empress and emperor was one of the most heated and controversial campaigns in the history of the Utah court. Running for emperor was 26-year-old Gordon William Steele, an incredibly handsome “pretty boy” and complicated man.

Steele was the youngest of five children and cousin of the renowned Utah artist Anton Rasmussen. As a child he was puny, “what doctors called a failure to thrive.” He was eventually sent to the Mayo Clinic in Minnesota for Human Growth Hormone treatments and although always quite thin, he did grow to be about 5 feet 9 inches. His family always knew he was somehow different. He lived a difficult and sometimes brutal life in Utah, fearful of not being loved by his family and others. In high school Steele was constantly bullied but he did have an older brother who would beat up his tormentors.

In his early 20s Steele “found” himself and went from being “the puny, bullied, little kid” into someone who felt desired and powerful. He turned into an entire different personality and changed drastically from the way he had been as a youth. He became cocky and arrogant. Youth and beauty will do that.

Steele also had a photographic memory, and his IQ was in the high 150s. However, as his sister commented, “People who are extremely intelligent — also skate along the edge of mental [illness].” Steele was brilliant but certainly was not beyond stretching the truth when it suited him.

As a young man, Steele appeared to have a narcissistic need to be recognized in the burgeoning gay community. He loved the attention he received. About 1976 he was married in the Salt Lake City Metropolitan Community Church a man named Curtis who he claimed was the son of a former governor of Utah. He boasted that his paramours were prominent closeted men, one being a Utah State senator and another an LDS General Authority. His sister in law however stated, “The only “affair” that I ever heard of from Steele was that one of the LDS “apostles” used to hire him and another guy for pleasure, but that’s not an affair, is it? He never revealed the ‘apostle’s’ name.”

In April 1979, Steele was determined to become Emperor of the Imperial Court, which at the time, was the most influential organization in Utah’s gay community. Court campaigns can be messy and depending on the personalities can also be dirty. Beyond campaigning at the local gay nightclubs, Steele went so far as to purchase full-size billboards throughout Salt Lake City to promote his candidacy. Where he got the money for such an expensive campaign was a question no one seemed to know the answer. As the campaign heated up, Steele’s straight family and friends came out to support him and claimed that his opposition did a “real smear job” on him like a “bunch of women with PMS.”

While Steele may have been trying to be “inclusive” in campaigning outside the gay community, with “outside” funds, it alarmed some and frightened others. At the time several gay men had been murdered, including the unsolved murder of gay activist Tony Adams. Many felt it was safer now to be on the “down low” what with Anita Bryant’s anti-gay national crusade and the conservative backlash which was stripping away civil-rights gains made earlier in the decade.

The truth is that Steele’s personality just rubbed people the wrong way, his self promotion and some said arrogance and inflexibility was off-putting. His sister in law recalled, “One thing is for sure, he was full of himself, but seemed they all were, I think they had to be.”

The campaign for empress was just as heated. Lawrence (Larry) Kasper, also known as Lois Lane, campaigned against Marty Pollock, also known as Marita Gayle, for the title. Pollock wanted to be the chief executive of the organization because he felt that it was going in the wrong direction and wanted to shift course. Both Kasper and he were founding members of the Court.

When the ballots were counted, Steele and Kasper were declared the winners. To Pollock’s great disappointment, he learned that he had lost to Kasper by one vote.

Steele’s opposition protested his win, claiming the ballot box was stuffed, and according to Steele’s supporters “they continued to try to smear him even after the election.” A sister-in-law commented, “My thought was they were sore losers.”

Steele and Larry Kasper, aka Lois Lane, were both 26 years old when they were crowned the fourth Emperor and Empress of a divided Imperial Court of the Wasatch Empire of Utah. Immediately after that celebratory night of Coronation everything went south for the reigning monarchs. While technically, Empress Lois Lane was president of the charitable organization and Steele was vice president, the Emperor began to usurp the Empress’ prerogatives and authority. He also held grudges against his detractors who saw him as a “total control freak.”

In the summer of 1979, the Princess Royale and Prince Royale Ball (PR Ball for short) was held. Fred Sexton, aka Dusty LeManns, and Joe Conti were installed as the fourth Princess Royale and Prince Royale. Little did they know that before their reign was through, they would be elevated to the positions of Empress and Emperor of the Royal Court of the Golden Spike Empire.

A month later in August 1979, Empress Lois Lane resigned. She stated that her reasons for her resigning was her inability to work with the Steele. However, Lois Lane was a bit of a “prima donna” herself and could be petulant about not getting her own way also.

When Kasper resigned, he went to Pollock’s apartment feeling guilty about his own chicanery in the 1979 election. He confessed that three of his votes came from underage party boys who had illegally voted for him. The revelation that Pollock had actually won by two votes, made him furious and said that Kasper was lucky to leave his apartment alive.

As the court members recovered from the shock of losing its empress, they soon realized that the organization was becoming dysfunctional. The board felt that Steele was over reaching his prerogatives by using unauthorized funds to promote his pet projects. He ignored them and went all over the West Coast attending Court functions as emperor of which he was proud to be.

As Steele’s reign continued, more and more court members became disgruntled. He grew increasingly stubborn and would not take advice nor listened to the complaints of others. What was finally a tipping point was when Steele appointed his sister “Candi Steele” as Empress. This Candi Steele was a large, husky, strong-willed, formidable lesbian; and she and her unpopular gay brother set out to remake the Imperial Court in an image contrary to what the founders had intended. They simply dismissed people’s concerns about how money was being spent as personality conflicts and not real issues.

The court dissidents knew legally there was no procedure in the court’s bylaws to remove a monarch from office even for malfeasance. However, the board of trustees came up with a secret plan – independence from the Imperial Court. This was decided upon only as the last option if the Emperor and Empress would not acquiesce to the demands of the majority for reform. The lessons of history were lost on these autocratic monarchs sealing their fate.

For the rest of the story, watch for the next Lambda Lore column on May 24.

A people without a history

The ’70s Mormon crusade against homosexuals 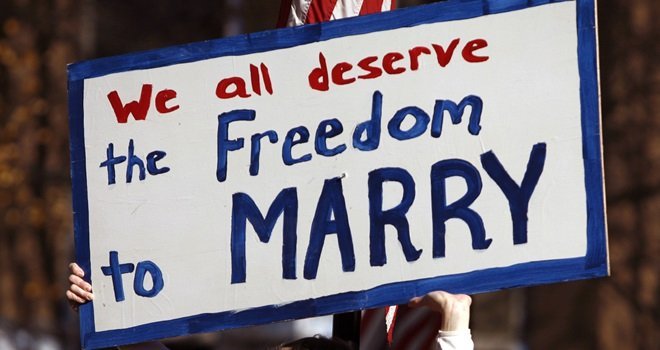