I’m over Facebook even though I’m that pathetic person who needs to check his page once, twice, or ten times a day. I 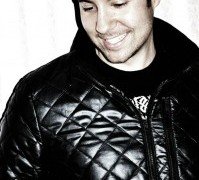 guess one could say I have a love/hate relationship with social media. I want to shoot my load all over it but don’t want to stick around to see the ugly afterbirth. Thank God I’m on the pill. It keeps me child-free. Still, my rambunctious friend Gabe insists that I use condoms. Just to be safe.

“You don’t want a baby or an STD,” he tells me. “They take up so much time. Believe me, I should know. Once you have an STD, it has to come first. Your life takes a backseat.”

“True. But I don’t think it’s fair to compare babies to STDs.”

Poor Gabe. He’s upset because he has a new strain of some designer STD he’s too busy to learn about, or pronounce. The scientific name escapes him. He says it’s the toothy step cousin of the clap. It’s a bitch to cure but he’s on an antibiotic strong enough to kill Cher’s career, so that should get rid of it at some point.

“I’m not having sex until it’s gone,” he tells me.

Still, that hasn’t stopped him from living in a hi-tech world, chatting it up with men from across the U.S. His latest conquest is some guy named Jackson he met on a phone app. In a matter of two weeks their relationship has gone from zero to crazy Lifetime TV shit. Gabe says Jackson is perfect. He’s not going to mess this up, no sir, not even if Jackson lives on the other side of the state and is going through a divorce. Gabe thinks the divorce makes Jackson seem hard and rugged. Next month, Gabe hopes Jackson will move in with him.

“Not really. My rash should clear up by then.”

Silence. Silence. “But do you really know this guy?”

“Sure. I’ve known him two weeks,” he says. “Isn’t that enough? What is time anyway? Time is but a cloud, causing us distance.”

His lame attempt at poetry pokes my brain. “Is that you or the antibiotic talking?”

“The real you? Or the romanticized version that you project to Jackson over the phone?”

Perturbed, he ends the conversation, refusing to talk to me for the next two days. He thinks I’m trivializing his desire to fall in love. What’s wrong with going out there and taking a chance? I should be supportive seeing as he’s dealing with an STD that’s turned his balls red.

“For your information, I showed the little cocktail cherries to Jackson,” he says, phoning me.

“I put my ball sac on Skype. I don’t want to keep secrets from Jackson. That way he’ll know the real me.”

“Sometimes love’s ugly,” he says. “I need my boyfriend to see that.”

“If he passes the test.”

The test comes in the form of Gabe presenting his baggage before the relationship has a chance to fly. He thinks it’s for the best. That way there will be no surprises when Jackson arrives. Gabe begins by opening up about his ‘mommy’ issues. He tells Jackson she comes to his condo once a week to help him clean because he can’t stand the sight of a mop or a broom, not since he slept with a janitor in high school. It brings up too many issues of his first love.

“I mean, sure, technically it was statutory rape, but it was hot,” he tells Jackson. He also informs him that he was bulimic last month. but he beat the habit when he stopped eating. Well, he still eats sometimes. He’s vegan or whatever you call it when you mask an eating disorder. His diet consists of tomato-based products. Oh, and he has an ingrown hair on his ass. He thinks Jackson needs to know that so he’ll understand why there will be no sex until he gets it sorted out along with the STD thing.

Jackson takes the news with a smile until the topic of bulimia triggers his own issues. It appears Jackson has a history of bulimia too. Oh, and since we’re being honest, he’s also a recovering alcoholic who started drinking again due to his divorce. That triggers more problems because Gabe is a total lush who’s trying to give up the bar scene so he can spend more time finding new friends at Whole Foods who eat organic tomatoes. The trouble is that Jackson doesn’t think he can afford to eat organic foods because he has a baby and has to pay child support. So they break up before Jackson moves here.

“Because you eat organic?” I question.

“No, because he has a baby. And he says that has to come first.”

“So. Hello! I have an STD. That comes first! Get your priorities right.”

My boxer has a secret