It was only a matter of time before Greta Gerwig would enter gay consciousness. Roles in the Arthur remake, with Ben Stiller in Greenberg and as Natalie Portman’s bestie in No Strings Attached have made her a bona fide movie star, but it was Damsels in Distress — gleefully riffing on the power of dance in suicide prevention — that earned her queer cred. Why? Just ask her. “It’s like an absurdist college version of Mean Girls,” the actress says.

Charming and upbeat, Gerwig spoke to us about the gay best friend she should’ve had in Lola Versus, how even straight guys can like Ani DiFranco and the best era to be lesbian. 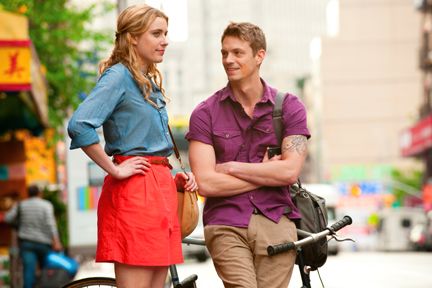 You’re really put through the wringer in Lola Versus. Where’s a gay best friend when you need him?

I know! What’s sad is that a lot of people who saw the trailer assume that Hamish Linklater is my gay friend, and he’s actually not gay in the movie. They just assume because he makes that Rupert Everett joke. I don’t know what kind of New York girl I am that I don’t have a gay BFF. There’s something wrong with that.

Are we past having the gay guy be the proverbial shoulder to lean on for the damsel in distress?

It’s very stereotypical of that kind of movie. I think we’re ready to have just a full-on mainstream rom-com that’s just guys. Someone should make a rom-com about two guys falling in love and then they can have a sidekick straight girl best friend.

Would you star in it?

I would play the sidekick, and Bradley Cooper would star in it. (Laughs)

That means no sex scenes with Bradley.

I know. It would just be platonic. We’d make milkshakes together in my cute apartment with my cat.

Tell me what you learned from having a gay first boyfriend.

It’s a very good thing to have a gay boyfriend as your first boyfriend. We really liked each other, and we liked all of the same things — he loved musicals; I loved musicals. We had so much fun together. He didn’t want to have sex with me, which then — at 14, 15 — you don’t really want to be having sex anyway. We used to go to dances together and, regardless of the theme of the dance, we would create our own theme and go as whatever we had decided the theme was, so we went to dances as people from the Roaring Twenties — not the theme of the dance, but very fun. We just had a great time. It was much better than dating some meathead who just wants to touch your breasts.

So what’s your call on the one-night-stand rebound who was an incubator baby and has a thing for Ani DiFranco, who he plays during your sex scene with him in Lola Versus. Gay or not?

Yeah, no. I think he just really likes Ani DiFranco! (Laughs) One of my high school boyfriends loved Ani DiFranco. He did! He learned how to play Ani DiFranco songs on the guitar, and he’s fully straight. It’s a real thing.

There’s the scene where you wander drunk into a strip club. Was that your first time in one?

It was, actually. We didn’t have full-on strippers, though. I have been to places where there are naked people, but I’ve never been to a strip club. I always expect that to happen to me one day, but it’s never happened to me. I have only been in the fictitious world.

Where else do you find naked people?

The Box in New York; it’s a club, and there were a lot of naked people and I was working there. But it wasn’t, like, proper strippers. Just naked people. (Laughs)

I love Whit Stillman and the crazy universes he constructs. I just think he’s totally unique as a voice; there’s no one else like him. He’s almost like the Oscar Wilde of now, in a way. I don’t think there’s another person who writes quite like he does and has this strange, absurdist, satirical sensibility that is also somehow totally sincere.

How cool was it to exercise some of your musical-theater background in it?

Adam Brody had a great line in Damsels in Distress that suggests he may have been homosexual in a different era, before it became so trendy. If you were lesbian, in which era would you be lesbian?

What was it like going to an all-girls college?

I love Barnard. While I was at Barnard, they changed the policy — my RA was transgender and was starting the process of changing from being a girl to being a boy. Barnard officially came out and said that’s totally cool and our students can do that and we support it, which was pretty awesome.

You played opposite Russell Brand in Arthur, in the part Liza Minnelli originated in 1981. How did it feel stepping into Liza’s shoes? And did your gay friends approve of your performance?

My favorite Liza movie is definitely Cabaret – the ultimate. She’s so great in that, and I used to watch that movie and wonder if my legs were as long as hers. (Laughs) I just thought she was the most beautiful woman I’d ever seen. I used to do that with Cyd Charisse with Singin’ in the Rain and Ann Reinking. All of those saucy girls that could get their legs way up there, I wanted to be like them. 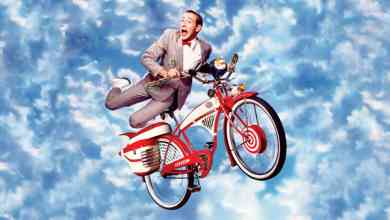