So he thought he could dance, and he can, but Travis Wall didn’t stop there. The 24-year-old has his own dance company, a start-up that’s the focus of Oxygen’s new reality series, All the Right Moves. The eight-episode stint follows Wall and his bendy buddies – Teddy Forance, Nick Lazzarini and Kyle Robinson – as they go through business challenges, power struggles and friendship drama.

We caught up with the So You Think You Can Dance contestant-turned-choreographer, who dished on his roommates, his first big movie and why gay dancers shouldn’t dance gay. 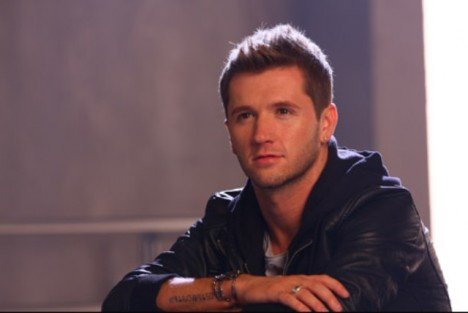 We’ve been living together for two years now and it’s been something else! (Laughs) We’re brothers from another mother, and we go through life together and support each other. Two are gay and two are straight on this show, so it’s cool to see how we live as one and how it doesn’t really matter.

Who’s the most competitive?

We’re never really up for the same job, but it does get a little competitive in the house sometimes.

In the beginning we were all pretty good about keeping it together, but everyone kind of gave up. Right now my room is such a mess because I’m always trying to clean up the kitchen and the living room. When I have time to clean, I have to clean up everybody else’s mess. Kyle’s the handyman. He’s the guy who, like, fixes the lights. (Laughs)

Is All the Right Moves actually reality?

It’s our lives. (The network is) a fly on the wall. We’d have a dance company regardless of whether we have a TV show or not.

What will surprise people about the dance world that you guys are living in during this show?

What we have to go through starting this dance company from the ground up with no money – you see the whole process. We have this huge goal but absolutely no way of getting it done. I saw the first episode – it’s so surreal. I was biting my nails. It’s definitely suspenseful and emotional and also there’s beautiful dancing. You get everything in one little package. It’s really good TV.

How much of your relationship with Dom Palange will be part of the show?

Not as much as I wanted because he’s in Miami. It’s long distance. He comes in halfway through the season, but I definitely talk about him as much as possible.

Has having a dance company always been a dream of yours?

You really have done so much for as young as you are. What new goals have you set now that you’ve accomplished your other ones?

By the time I’m 31 I want to move into directing and producing and choreographing my own movies, productions, events and shows. There’s so much more room for me to grow in this industry, and I can’t wait to take those steps. And hopefully by 32, I’ll be ready for a child.

I set high goals. If someone would’ve told me seven years ago, “You’re going to have your own TV show, your own dance company, choreographing all these movies and things,” I would’ve slapped them in the face and said, “Yeah, right.” But I did.

With your new series, and ones like So You Think You Can Dance and Dancing with the Stars, dance reality shows are all the rage. Why does dance make for good reality television?

Good question. It’s emotional and (viewers) want to see what people go through; they want to see people work through their problems and aggressions. And dancers are really nice to look at! (Laughs) It makes people feel good because a lot of people don’t know how to dance the way we dance, so they admire it. With this (show), you see me 100 percent completely bare, and you see why I dance and why I choreograph, and you care about it more.

One-hundred percent completely bare? This is on Oxygen, right?

(Laughs) Yeah. You know what I mean!

You got your start in the business when you were 9, in a Dr. Pepper commercial. What do you remember from that experience?

It was my first time in front of a camera, and I realized then that I wanted to be in this industry. I was more interested in what was going on behind the camera – the choreographer, the director – I loved that and I’ll never forget that. I moved to New York at 12 and did a Broadway show and I’ve been working ever since.

I really owe a lot to SYTYCD for the exposure I got on that show, which led me to so many more opportunities. I don’t know where I’d be today in my career if I didn’t get my start on that show.

What inspires your choreography?

Usually personal life stories of my own. And I have really vivid dreams a lot of times and I live my dreams full out. I sometimes don’t know when they’re real or not. I dream every night, so there’s a lot of images I take from my dreams.

What’s the last dream you had that inspired a routine?

For the top-10 girl piece (on a recent episode of SYTYCD), I had this dream I was lifted out of my body and I couldn’t move. It was really weird. It wasn’t like I was dying or anything; it was just that I was paralyzed and couldn’t move my body and I was floating above toward this white light. It was pretty crazy.

Are you glad you came out the way you did? Do you think that’s the best way to come out if you’re a public figure?

I don’t really know. This is what’s so crazy: I never thought I was “in.” I never had press to talk about it. I wasn’t ever hiding anything. I guess when I got verbal about on it Twitter people were like, “Travis is out.” I’m like, “When was I ‘in’?” I did SYTYCD and disappeared from the public eye because I was working on choreography and I didn’t really ever think I was a big enough public figure to say anything. I didn’t think it was a big deal.

Have you ever felt pressure to ever stay “in” professionally?

What did you think of Benji Schwimmer, fellow contestant on the first season of  SYTYCD, coming out recently?

When I heard, I texted him right away to say, “I’m so proud of you.” He’s coming out of a church; I never had to deal with any of that. To take that step to come out – and not only that, but speak about what his church says about it – I’m so proud of him, because it’s about time he did it, and I wanted him to do it for so long. I think if everyone came out of the closet these days, the world would be so much better.

Did you know he was gay when you were competing against each other?

I mean, come on! You know when you know. (Laughs) I knew on the show, and we briefly touched on it while we were on tour.

Many public figures stay closeted because they don’t want their sexuality to define their profession. Is that an issue within the dance community?

I don’t think people think of me as “Travis Wall, that gay dancer.” It doesn’t define my work. For guys, it’s different if you’re gay and can only dance gay. As a male dancer, you have to be strong and masculine. I think it’s terrible when a guy is dancing with a girl and the guy is dancing girlier than the girl. I absolutely hate that, and I won’t hire them. You have to do your role as a male dancer. What you do outside of those doors is your own business and your own thing, but don’t let that define who you are as a dancer.

How did your part in Step Up Revolution – as choreographer – come about?

Adam Shankman hired me, but the best thing is that Jamal Sims – the supervising choreographer – brought me in as a choreographer. He actually made me choreographer on this movie, and I haven’t even been an associate choreographer on a movie. To get full credit on my first movie, I was so thankful. A lot of people in the industry wouldn’t have done what he did. I loved working on that movie. I saw it last month and think it’s completely different than every other Step Up.

I love movies, because you get to show your point of view and get the shot that you want to get – and it’s a movie! But we only had two weeks for all the routines. Here I thought, “Oh, it’s a movie, we’ll have all time to choreographer this movie!” And … no. (Laughs)

If you could choreograph for anybody, who would it be?

I would love to create a visual show to Jason Mraz music. I love Jason’s music so much. And if I ever got to work with Beyoncé – it’s a lifelong dream and I would probably freak out and shake my ass.

Ass-shaking is probably part of the interview process. 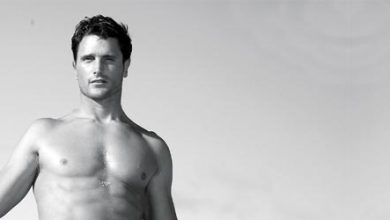 Plan-B’s ‘The Weird Play’ celebrates the vastness of love