After a blog posting of a gay Mormon who said he is happily married to a woman went viral, ABC’s Nightline spoke with the post’s author. Josh Weed said he has been married for 10 years and is attracted to men, and to his wife, but no other women. However, using this story as an example is potentially harmful to other gay Mormons, said Ben Visser, the Utah Gay Father’s Association president.

“The media spotlight has recently fallen on a young couple which appears to be defying this statistic. We support each individual’s pursuit of happiness and wish Josh and Laurel Weed a long and meaningful life together,” Visser said. “We are concerned, however, that the presentation of their story lacks the balance that a contrary point of view would provide. Neglecting to highlight how rare their story is suggests possibilities that are out of sync with the far more common reality.”

“We look forward to a day when society celebrates the love upon which a family is founded—regardless of the genders of the parents; when families headed by two men or two women are seen as equal in every respect to those headed by a man and a woman,” Visser said. “While we appreciate the opportunity for dialogue that the Weeds’ story provides, we recognize that the conversation requires many voices.”

Weed, who is a family counselor and a therapist, denies telling his clients they can change their sexual orientation and said that he acknowledges most of them, “probably won’t.”

To watch the clip, go here. 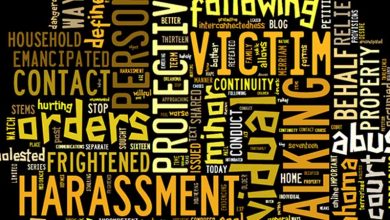