The Utah Film Center and The King’s English Bookshop present Adapting for the Screen: Reflecting on Radical Religious Extremism in Documentary and Dramatic Film,  a unique opportunity for the public to join a discussion among renowned filmmakers and authors about the investigations into extreme religious groups and adapting relevant and distinctive findings into both fictional and documentary films.

The guest panelists are authors John Krakauer (Under the Banner of Heaven) and Sam Brower (Prophet’s Prey), Academy Award-winning screenwriter Dustin Lance Black, and film producer Shannon Costello. In this rare Utah event, moderated by KRCL’s Troy Williams,  they will discuss the challenges in conveying the complexities of the subject through a fictional representation and through a firsthand investigation into a closed community.

Prophet’s Prey, a gripping account of the seedy underbelly of the polygamist FDLS sects, and Under the Banner of Heaven, which recounts the horrific 1984 murders committed by Mormon fundamentalists Ron and Dan Lafferty, are slated for film adaptations. Black is currently adapting the screenplay for UTBH and Ron Howard is positioned to direct the film.

This event, Aug. 5 at 7 p.m., is free to the public, but seating is limited at the Rose Wagner Performing Arts Center, 138 W. Broadway. Krakauer and Brower will hold a book signing prior to the discussion, 5:30-6:30 p.m.

We were marrying five years ago today 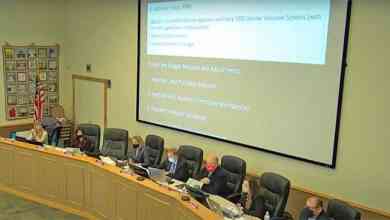