A documentary film chronicling the 2009 police raid on a gay bar in Fort Worth, Texas, and its effects on the community is set to screen at a Dixie State College film festival. The screening of Raid at the Rainbow Lounge will be held Sept. 8, 1 p.m., the closing day of the DocUtah Film Festival. The second annual film festival will attract more than 300 submissions from 42 countries and screenings will be held around St. George, Utah, Sept. 5-9.

Attackers carve ‘Dyke’ into woman’s stomach, set her on fire

A Lincoln, Neb. woman was attacked in her home and tied to her bed when her attackers carved gay slurs into her skin and lit her house on fire on July 22. The woman said she was attacked early that morning by three masked men who entered her house, tied her wrists and ankles with zip ties, cut her with knives and carved, “dyke” into her skin before dumping gasoline on the floor and lighting it on fire. The woman escaped from her home, completely naked and bleeding from multiple wounds and reached her neighbor’s house, where they called police.

First woman in space dies, is outed by obituary

The first woman in space may have been a very public advocate of science in education, especially women in the sciences, but she was incredibly quiet about aspects of her personal life. Sally Ride died July 23 after a 17-month battle with pancreatic cancer — a battle she kept secret — leaving behind her partner of 27 years, Tam O’Shaughnessy, of whom she was also mum.

Supporters of California’s Proposition 8 banning marriage equality have asked the U.S. Supreme Court to hear the ongoing challenge. The law was struck down in a federal court and the decision was upheld by an appeals court. Specifically, the anti-gay advocates asked the court to decide “Whether the Equal Protection Clause of the Fourteenth Amendment prohibits the state of California from defining marriage as the union of a man and a woman.”

‘Matrix’ director comes out as transgender 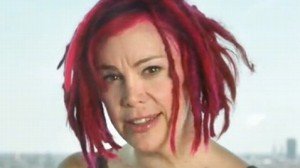 The director of The Matrix and the highly anticipated film Cloud Atlas is the first major Hollywood director to publicly come out as transgender. Lana Wachowski revealed she has transitioned while promoting her new film starring Tom Hanks and Halle Berry.

The recently published and widely publicized study that seemed to raise doubts about the parenting abilities of gay couples was severely flawed and had many disqualifying problems, according to a new audit by the same journal that published the article. An analysis of the study will be printed in the November issue of the journal, Social Science Research. The San Francisco Chronicle obtained an advanced copy of the article which points out conflicts of interest among the reviews and states that “scholars who should have known better failed to recuse themselves from the review process.”

A description and sketch of the man who called a Salt Lake City bar patron a gay slur and smashed a cocktail glass into his head on July 7 was released and police are looking for help in identifying him. Jake Allred said he was outside Maxwell’s in Salt Lake City when a man approached him and asked him if he found some women in the bar attractive. Avoiding the subject, the assailant said, “you kind of sound like a faggot,” Allred said. The attacker then slammed the glass into the side of Allred’s head.

A photo of Mormon Church leader Brigham Young’s 35th child, Brigham Morris Young, dressed in his drag persona, Madam Pattirini, has surfaced. Brigham Young had 55 wives and 56 children. Brigham Morris Young, aka Madam Pattirini, founded the Young Men’s Mutual Improvement Association. He performed as Pattirini in Utah venues from 1885 to the 1900s. He had a convincing falsetto, and most did not realize that Pattirini was Young. He did marry one wife and had children.

Conservative radio host and American Family Association President Bryan Fischer is continuing his call to have children of gay parents removed from their homes. In what he calls an “Underground Railroad,” Fischer said children are not safe with gay parents. “There is an underground railroad and we need one to protect innocent children from same-sex households,” he said.

A law prohibiting protests during or near military funerals cleared Congress with bipartisan approval, including President Barack Obama. The Honoring America’s Veterans and Caring for Camp Lejuene Families Act also adds benefits for military personnel, including health care, housing and education. “We have a moral sacred duty to our men and women in uniform,” said Obama at the bill signing.