ABC’s Nightline interviewed several of us in connection to a recently aired segment about Josh Weed, a gay active Mormon man, happily married for 10 years to a straight woman. The problem with the story is it paints an entirely misleading picture about mixed-orientation marriage.

At 10 years, my former wife and I, like Josh and his wife, Lolly, were confident, idealistic and devoted. We believed with all our hearts that we could make our marriage last. The simple truth, as so many have sadly experienced, is that it becomes impossible to sustain confidence and commitment as time passes.

It’s interesting that the two poster boys of Mormon mixed-orientation marriage, Josh Weed and Ty Mansfield, are both young and relatively inexperienced. Where are the men and women who have been in MOMs for 20, 30 or 40 years? Most of us are divorced and readily acknowledge that our devotion was misspent.

My former wife knew I was gay from nearly the beginning of our marriage. We built what appeared to others to be the perfect Mormon relationship despite the fact that we were in a MOM. In the end, our marriage wasn’t perfect and the pain and heartache we endured to maintain the charade was unbearable. We do not want that for anyone else.

Since coming out I have met countless men who tell the same story, even more men who continue sham marriages while engaging in promiscuity and deceit. I’ve met heartbroken, faithful women who wonder, “why me?”

This is the real story of mixed-orientation marriage that should be told. For every happy Josh and Lolly who are still at the beginning of their lives, there are hundreds of men and women who, burdened with pain, anguish and loneliness, wish they would have done things differently.

I hope nothing but the best for Josh and Lolly, and for others in similar situations. At the same time, I recognize the sad truth that MOMs are, by nature, fatally flawed, no place for a heterosexual Mormon woman or man and no place for my children.

Those of us who find this situation so reprehensible are not filled with antipathy or anger toward Josh and Lolly. It’s just that at the other end of life, we’ve touched the stove and been severely burned. As a result, we feel it our obligation to warn others not to touch the stove. 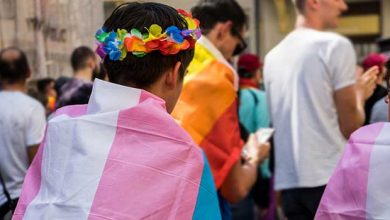 Do Utah legislators even understand transgender healthcare for minors?