As a part of a national effort to raise awareness and funds for the American Foundation for Suicide Prevention, Salt Lake City will host a Out of the Darkness community walk and gathering on Sept. 15, 9 a.m. at Sugar House Park. The AFSP is one of the only avenues to support and educate in Utah schools about suicide awareness and prevention, said Taryn Aiken, chair of the AFSP-Utah chapter.

Public schools in Utah do not include suicide prevention as part of the regular curriculum, which is where the AFSP comes in, Aiken said. The AFSP is also involved in support for survivors, and general education and awareness.

“One of our main goals is to get people in the schools to help educate about suicide. Our fundraising goal is about $40,000 for the year,” she said.

In its third year the walk will attract about 1,000 people; some will participate in remembrance of those lost to suicide, others to celebrate their own survival, and all will support increased awareness.

For Tristan Bills, the participation and fundraising is personal. In the two years since he found his roommate had tried to take his own life, Bills has become a strong advocate to the cause.

“My life changed that day,” Bills said. “I want everyone to come participate, whether or not their lives have been affected by a suicide attempt or not, this is an issue that should be important to everyone.”

Bills is attempting to raise funds for the organization by finding individual sponsors for his walk. His goal is to raise $1,000.

“There’s not a day that goes by that it doesn’t affect me. I have to help,” Bills said.

More than 35,000 Americans take their own lives each year and it’s the 11th leading cause of death in the U.S.; and for every effectual suicide, there are up to 25 failed attempts.

“Suicide is 100 percent preventable. That’s why we have to raise awareness about avenues to support and help options,” Aiken said. “The LGBT statistics are so much higher than they should be and so we’re trying to hit that hard.”

The AFSP-Utah chapter meets monthly to organize events and coordinate volunteer efforts. To find out more information about the walk and how to donate, go to afsputahchapter.com. 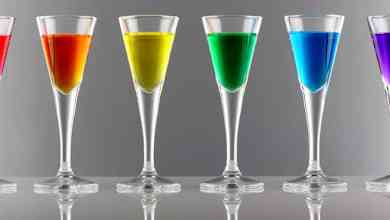