Pinkdot Utah, a gathering for queers and their families, friends and allies, will be held Saturday, Sept. 22, 2-6 p.m., at Jordan Park, 900 W. 1000 South, Salt Lake City. Supporters are asked to wear pink and participate in a group photo at 4 p.m. Entertainment and activities will be held throughout the afternoon.

Last year’s inaugural Pinkdot Utah event attracted hundreds of people and even more are expected this year as word is spreading about the gathering, said event organizer and spokesperson Ken Kimball. Pinkdot is designed to be a family-friendly event and people are encouraged to bring picnics and enjoy an afternoon in the park with family and friends and the soon-to-be announced entertainment and ambassadors.

Last year’s lineup included Cheer Salt Lake, Kurt Bestor and local vocal group The Wanted. This year is going to have equally exciting entertainment and the full lineup will be released as the event nears. 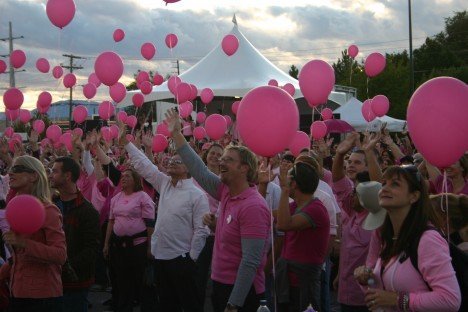 “It’s a perfect chance to invite family and friends to come out and show support,” Kimball said. “It’s completely nonpolitical and nonthreatening. There is no agenda except to bring families and friends closer together.”

The first Pinkdot celebration was held in Singapore in 2009 and now regularly attracts more than 15,000 people each year. Homosexuality is punishable by up to two years in prison in Singapore, though the law is rarely enforced. There are bans on gay men and women from serving in political positions and so-called “ex-gay” therapy groups are subsidized by the government.

Utah’s Pinkdot organizers hope to continue the pattern of Singapore Pinkdot by reaching across the aisle and emphasizing the human aspects that make everyone similar, Kimball said.

For more information, go to pinkdotut.org.