In May, I saw an online interview with Mia Love; she was poised, intelligent and witty – everything you’d want in a congresswoman. She also expressed her belief in the equality of all Americans. Hmmm, that got me thinking: Does that mean she supports marriage equality for gay Americans?

I called her campaign headquarters to find out. After a few seconds of awkward silence, the woman who answered the phone finally informed me that Mayor Love believes marriage means one man to one woman. When I asked her how that jived with believing in equality for all Americans, there was more quiet contemplation. Finally, I asked if I sent an email to Love, would I actually receive an answer from her.

When I didn’t get a response after six weeks – even resending my email – (and I still haven’t gotten one) I began to think: marriage is an important issue to me and my family; it’s important to everyone in the lesbian, gay, bisexual and transgender community.  So, I decided to try to find out which – if any – of the major candidates running for federal office was willing to discuss the issue with me.

I called, emailed and sent Facebook messages to the 10 men and women vying to represent us in Washington, D.C.

Republicans Sen. Orrin Hatch and Rep. Rob Bishop (1st House District) simply didn’t respond to my outreach. Though a Hatch supporter did reply on Facebook to tell me how irritated he was at “homosexual activists” trying to embarrass the senator.

Donna McAleer, Jay Seegmiller, and Soren Simonsen, the Democrats running for the 1st, 2nd and 3rd House Districts respectively, and Chris Stewart, the Republican in the 2nd, each requested that I email the questions to them, but none responded.

McAleer’s spokesperson directed me to an earlier interview she did with QSaltLake in which she stated unequivocal support for marriage equality, but declined to answer any of my other questions. However, she did have time to send me a fundraising pitch!

Through his spokesperson, MJ Henshaw, I was told Rep. Jason Chaffetz (3rd House District) was too busy to answer any questions. Really? He’s too busy to answer five email questions in three weeks? Apparently, his press representative is darn busy too because he – or she – wouldn’t respond to my email asking him – or her – to clarify if he – or she – was a man or woman so I could use a proper pronoun when referring to him… or her.

Love’s spokesperson was no more accommodating to me as a member of the press than the campaign was to me as a voter in the 4th House District.  After reviewing my email requesting input for this column, I received the following response, “I apologize for the inconvenience but we are going to politely pass on this request.”

My attempts to ascertain why Love wouldn’t respond, or if she would comment on the fact that her own interracial marriage was illegal just 50 years ago, were ignored.

Love’s opponent, Rep. Jim Matheson, wouldn’t answer my questions either. His media person told me that the congressman had answered similar questions in a recent interview with QSaltLake, and that his position hasn’t changed.  In my friend Seth Bracken’s story, Matheson highlighted his work on repealing “don’t ask, don’t tell,” and his support for the Employment Non-Discrimination Act.  He also supports domestic-partner status.

So who did get back with me? Scott Howell, the Democratic nominee for the Senate. Now, in full and fair disclosure, he may have responded because I interviewed to be his communications director.

Howell started by mentioning his endorsement by Equality Utah. But he opposes marriage equality. He cited his deep-rooted religious beliefs as the reason. I respect that he at least answered the question truthfully. He also mentioned support of domestic partnerships and other less controversial issues like anti-bullying laws, but was vague on details.

When I asked if discrimination, even when based in deep-rooted religious beliefs, is appropriate in matters of public policy, he replied, “I will not take strong action to support or oppose gay marriage laws for the following reasons: my stance does stem from my religious beliefs, though I also believe marriage laws should be left to the states and ultimately to the courts if there is a question of constitutionality.” (His emphasis.)

I also asked Howell, based solely on this issue, why should LGBT people vote for him. He replied, “If there are single-issue voters, while I would hate to lose their vote, I am hoping I can convince them to consider the entirety of my campaign.”

He has to hope for that consideration. All the candidates do. Because when it comes to marriage equality – with the notable exception of McAleer — none of them deserve our vote.

Marriage, Matheson and Me 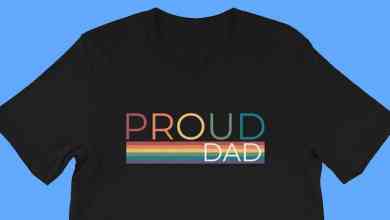