Get this: A majority of the speakers at the Democratic National Convention in Charlotte last week spoke in some way about LGBT equality. You read that right. From small-town mayors all the way to the president of the United States of America, our civil rights were front and center.

Even the LGBT delegate events were high-profile. It’s easier to list those who didn’t speak at an LGBT event in Charlotte. I can only think of three. But the first and second ladies of the nation did. As did cabinet members, senators and an esteemed list of high-profile speakers.

This was the fourth Democrat Convention I’ve attended. The first was in 1984, where you could have put our caucus in a small room. This year, the tally was about 555 out LGBT delegates, and at our caucuses, the rooms were filled to capacity and had lines waiting to get in.

All the non-LGBT speakers at the caucus meetings were great but two stood out. Newark Mayor Cory Booker literally stole the hearts of the delegates with his knowledge and passion for our community. And Delaware Gov. Jack Markell called his LGBT legislative victories one of the highlights of his administration, and brought up to the podium Lisa Goodman from Equality Delaware to make clear that it was the LGBT community that deserves credit for what politicians take credit for. It has to be a partnership between elected officials and the community.

Some personal notes. As I write this, I’m literally in a state of tears. You see, in 1984, it was inconceivable to me that we’d see an American president, vice president and first lady delivering speeches from the convention podium with upward of 20-million Americans watching on TV calling for LGBT equality.

I can personally attest to this. While the Republicans consider us a security threat, the Democrats embrace us. When I got to my hotel, I discovered I had been put into the vice president block of rooms: My partner Jason and I had a Biden on one side of us. There was another one across the hall, and all the rooms in our hallway were staff. We even had the pleasure of being under Secret Service protection: We had a Secret Service detail right outside our door.

At the HRC/Victory Fund Lunch, I got a hug from the first lady.

Now for the clincher. I wasn’t sure if I’d write this, but hey, I love to share with my loyal readers. Many of you know that, years ago, I was once considered the most radical gay activist in the nation for my disruptions of TV shows and zapping homophobic politicians. I’ve boasted that I can break almost any security. Now it’s been years, but a little voice in my head said, Give it one last try and see if you still have it in you. So I decided to attempt to gain entrance to the holy of the holies last Wednesday: the Clinton suite. I’ve never revealed my techniques before, and I won’t now, but I literally did it. As I successfully stood outside Clinton’s suite, Room 7 on Founders Hall floor in the Royal Suite, a security person appeared and uttered, “Now, Mark,” and smiled. The rest of that story will be in my memoirs. I can’t give it all away — and I promised not to — but as I left the hall that night, all I could think of was the old man still has it, the incredible road we’ve traveled, and the hope for the future is brighter than any of us expect.

[author] [author_image timthumb=’on’]https://qsaltlake.com/wp-content/uploads/2012/08/SegalMark.jpg[/author_image] [author_info]Mark Segal, PGN publisher, is the nation’s most-award-winning commentator in LGBT media. He can be reached at mark@epgn.com.[/author_info] [/author]

Mark Segal, publisher of Philadelphia Gay News, is the nation’s most-award-winning commentator in LGBT media. His best selling memoir “And Then I Danced, Traveling The Road to LGBT Equality" is a National Lesbian Gay Journalist Book of the Year and available at Amazon and Barnes & Noble

Unicorns, glitter and rainbows: my path to destroying society 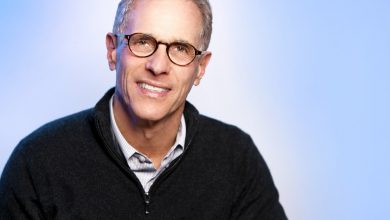